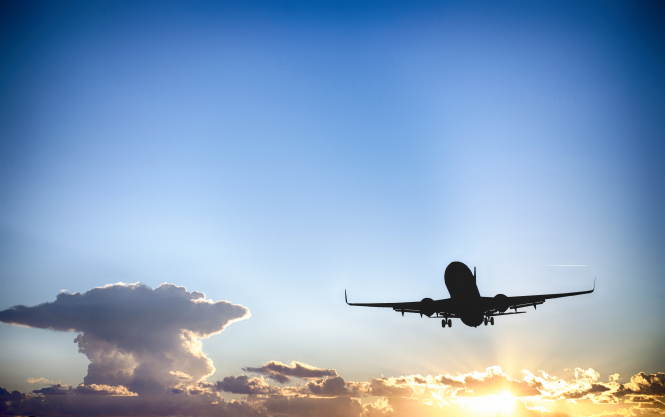 Air travel is returning slowly to pre-Covid levels but rising airport taxes – leading to higher fares – are set to put low-cost flights to regional airports at risk, a French industry chief has warned.

Airports will increase the taxes to pay back the €1billion advanced by the state to help them cope with the loss of passengers during the pandemic, Nicolas Paulissen, executive director of the Union des Aéroports Français (UAF) French airports’ association, told The Connexion.

So-called ‘airport taxes’ are fees integrated into ticket prices and include a levy for passenger and bag checks, fire and rescue, protection against risks from birds and animals and other safety measures.

It is this levy, which can now make up around 29% of a low-cost ticket (easyJet figures) which airports will look to raise to recuperate losses.

Even small increases will have an impact on low-cost firms’ tight profit margins, says the UAF.

New checks for non-EU travellers are also due to begin next year and are expected to increase passenger waiting times. France has no plans to install e-gates to compensate for this.

These elements mean small airports such as Car­cassonne, La Rochelle or Bergerac might become less attractive to airlines, said Mr Paulissen. “Low-cost companies, in particular British ones, could well consider it is more profitable to fly instead to Spanish, Portuguese or Italian airports that are our competitors for British travellers.”

He said these perspectives were worrying, even though there has been a return of low-cost flights recently, compared to before, and “a certain dynamism on regional links”.

A European air navigation body has said air travel in general could reach pre-Covid levels by 2023.

Eurocontrol said that after an “encouraging” summer, it expects about 6.2 million flights in the continent’s skies this year – 44% down on 2019, but at the higher end of recovery predictions. Flight numbers could reach 9.8 million in Europe next year, down just 11% on 2019, it said.

However, the news is clouded by a row between airline representatives and airport operators.

Airline industry body Iata said confirmed increases in airport and air traffic control charges for airlines around the world have already reached $2.3billion – and much of this will be passed on to travellers. “I am ringing the alarm,” said its director general, Willie Walsh. “This must stop if the industry is to have a fair opportunity of recovery.”

Airports association ACI Europe said the comments were unfair as the continent’s airports are facing a “dire situation”, with many unable to financially recover without increased charges.

In France, the country with the most regional airports in the EU, another issue of concern to operators is the arrival, due in the first half of 2022, of new EU rules for non-EU travellers arriving in the Schengen area.

Under the Entry/Exit System passengers will have their photo and fingerprints taken and have details of their passport and entry or exit dates from the area recorded in a database.

The EU has said that once a person is in the system, countries could look to install e-gates to scan foreigners quickly in and out.  However, Mr Paulissen said there are no plans to introduce this in France. This will lead to doubled waiting times, according to UAF calculations.

“We are very worried because there are lots of airports that work with British customers, and what will happen if instead of having to wait half an hour, they have to wait one hour, one- and-a-half hours or two hours?”

He said more small airports might go the way of Dinard, Brittany, where commercial traffic ended this year when Ryanair pulled out. It is now reduced to occasional business flights and other less lucrative and less regular activities.

“The airports under threat are the local airports, with between 100,000 and a million passengers a year” which might struggle to have enough commercial traffic to recover costs, he said.

He cited as an example airports in the south-west such as Carcassonne, La Rochelle and Bergerac, which, pre-pandemic, had around 350,000, 230,000 and 290,000 annual passengers respectively.

British airline Jet2, which serves Bergerac and La Rochelle from the UK, downplayed the claims, telling The Connexion it had already confirmed its French destinations as far ahead as summer 2023.

A La Rochelle airport source said EasyJet, Jet2 and Ryanair have confirmed their UK routes for next year.

Bergerac airport CEO Gwenvael Ronsin-Hardy said there was a “risk” of tax increases but this was not yet finalised.

If it happens, they will be minimal, he said, and unlikely to have a strong impact. He added the airport is working hard with the customs service to prepare for the new checks, which they believe might mean around “a minute more per passenger.”

“What is more, these changes will not concern Britons holding residency cards. Their checks will be more or less the same as now.”

Etias, an online pre-approval scheme for foreigners entering the Schengen area due to be in place by the end of 2022, should add to efficiency, he said.

Concerning possible pull-outs by airlines, he said that “for us, it is rather the opposite: the firms are back, as we would have hoped”.

He said: “Jet2 has confirmed all its UK flights and they’re already on sale, for Manchester, Leeds and Birmingham.

“British Airways has reconfirmed its two flights for next year and has even opened a route to Southampton this year, which has quite encouraging results and will be continued next year.

“We also have Bournemouth as a new service with Ryanair next year, which has reconfirmed all its other UK routes.”