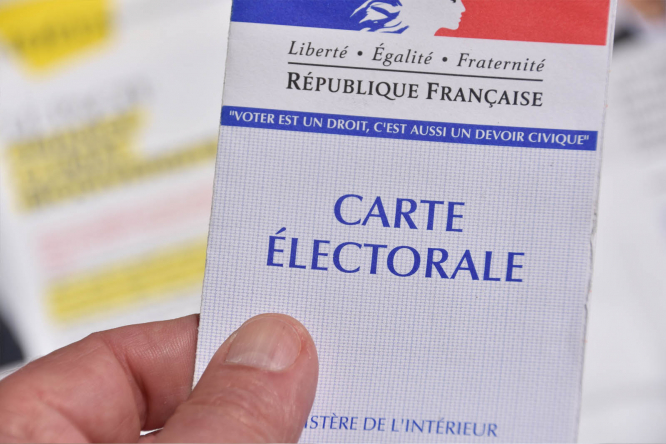 The results showed voters who turned out wanted to maintain the status quo: many regional presidents – all representing traditional right or left-wing parties – were re-elected Pic: GERARD BOTTINO / Shutterstock

Less than a third of voters turned up at polling booths for the regional and departmental elections in June – prompting .

A total of 66.7% of people eligible to vote did not do so in the first round, and 65.7% in the second round, according to estimates by Ipsos/Sopra Steria for France Télévisions and Radio France.

The abstention rate was particularly high among the young – 87% of 18-24-year-olds did not vote in the first round.

The results showed voters who turned out wanted to maintain the status quo: many regional presidents – all representing traditional right or left-wing parties – were re-elected.

Marine Le Pen’s Rassemblement National did worse than expected. Paca was their big hope, but candidate Thierry Mariani was beaten by Républicain Renaud Muselier, after another, left-wing, group stepped down.

President Emmanuel Macron’s LREM won seats in just one region, Bourgogne-Franche-Comté, where they came fourth. The ecologists did not win as many seats as they hoped, other than in Pays de la Loire and Île-de-France, where they came second.

Contemporary history specialist and president of Clermont Auvergne University Professor Mathias Bernard said there were several explanations for the low turnout: “The health context and economic crisis means citizens have other priorities, rather than voting.

'This is a far lower turnout than I expected, and it is not acceptable, and we need change'

“We probably have too many elections in France. We vote for the president, for MPs, for presidents of regions and departments, for the local councils and for Europe, and each time there are two rounds.

“We are also using a system which dates from the 19th century when we have to turn up at the polling booths. It is no doubt time we looked seriously at introducing electronic means of voting. It happens already for professional organisations and we need to adapt to the 21st century.”

He is sure people will turn out for the presidential elections next April: “People seem to understand their importance.

“What is astonishing is the difference that has emerged between the regional and departmental elections, dominated by traditional right and left-wing parties, and the presidential elections, where the popular candidates are Macron, for LREM, and Le Pen, for RN, neither of whom did well in these elections.

“The LREM score was not surprising as it is a young party and it is not yet implanted in local politics. What astonished me most was the low score of RN, to the benefit of the traditional right-wing parties.

“The socialist parties got good scores too. It was as if those who went to vote wanted to show they were happy with the way their regions were run.

“At national level, we had begun to think that the old left and right parties were on their way out, but they are still here.”

He said these elections were a warning for the future: “I do not think this is a catastrophe for democracy but they show there is a real risk that if nothing changes, democracy in the future could be damaged.

“We have been talking about this for 20 years as fewer and fewer people go to the polls. Something needs to be done.”

17 hours ago
2
Undelivered letters: Why is France’s postal service struggling?