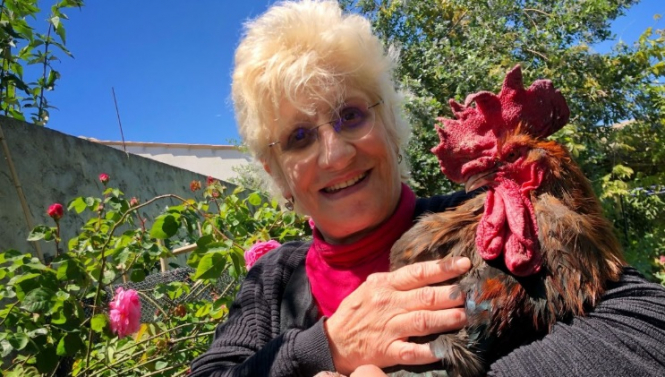 Maurice the cockerel and his owner
By

A bill to protect the 'noises and smells' of the countryside is to be considered by MPs later this week.

If passed, the bill would permanently protect noisy cockerel Maurice from further court cases by making his crows, along with a range of other noises and aromas part of the 'sensory heritage of the countryside'.

In the eyes of the members of the Cultural Affairs Committee, rooster crowing, bell ringing and "olfactory emissions from natural spaces and environments" are "an integral part of rural life" and must be included in the heritage code - and protected from complaints by visitors and second-home owners in rural France.

The mayor of one French village has already called for the sounds of the countryside to be listed as part of the country's 'national heritage', while another village official posted warning signs for visitors following complaints from tourists.

Elsewhere, villagers voted in a local referendum to keep early morning church bells ringing following a complaint from one resident.

In November 2017, a farmer in the Haute-Loire faced prosecution after he refused to comply with an order to remove the bells from his herd of cows. A month later, a Dordogne couple were told to empty their pond after neighbours complained about the noise made by frogs. That case has yet to be resolved, after the pond's owners vowed to appeal against a December ruling against them.

The bill will be debated in the Assembly on Thursday.