‘Maries’ of France rally to save small Marie church 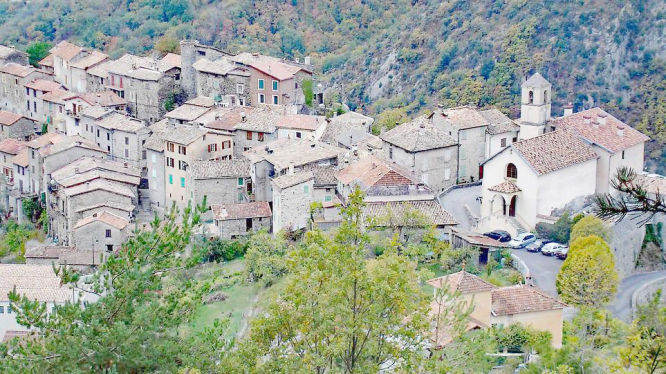 In all, €36,000 was raised when Gérard Steppel, mayor of the Alpes-Maritimes commune of Marie, played on the village’s name for support to finance renovation of the Eglise Saint Pons.

With just 112 inhabitants, Marie is the smallest commune in the Nice arrière-pays and could not afford the €149,000 needed after the church was damaged by fire.

But it is the only village with the name in all France, so Mr Steppel thought to appeal to people with the name ‘Marie’ to donate one euro to help finance the work.

He received an unprecedented response, with more than 800 people donating money, for a total of just over €36,000. More than half the donors were either named Marie, had Marie as one of their first names or had a relation called Marie.

Mr Steppel said: “It was a little miracle as we received money from France but also Spain, the UK, Australia and Panama and they came with both heart-wrenching and heart-warming tales.

“One woman said it was in memory of her daughter, Marie, who would now have been in her 30s. Another 91-year-old said her mother was called Marie and gave €5 as she had only a small pension. They were wonderful gestures.”

Dating back to 1066, the church has two 17th century paintings by Giovanni Rocca and a colourful olive wood statue of the Virgin Mary, but it suffered after a fire in 2010 which destroyed part of the roof.

Part of the cost of the planned works will be met by the department and region but a partnership with the Fon­dation du Patri­moine gives donors a tax benefit in France of 66% of the donation.

Money is still being raised on the Fondation site (tinyurl.com/y7mvfp7w) and allows extra work: restoring two chapels, tiling the entrance, fixing the lighting, as well as €2,000 to replace an angel statue.