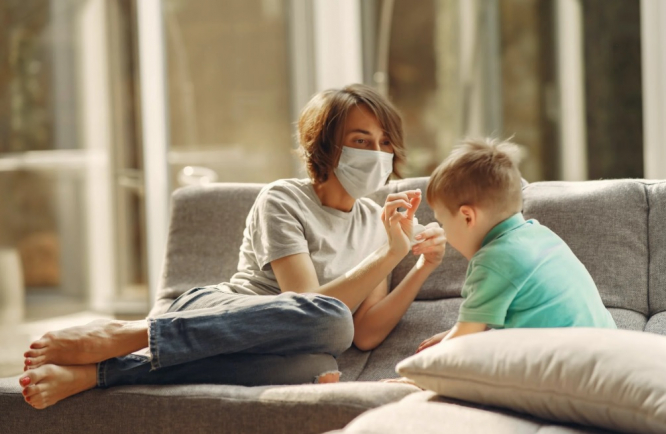 The British study by researchers at Imperial College London, was published in the journal Nature on June 8.

It found that major measures taken in 11 European countries - including the banning of public events, stopping travel, and closing shops and schools - had enabled 3.1 million lives to be saved.

They concluded that the measures had saved 3.1 million lives.

The Nature article also said that the measures had reduced the spread of the virus - meaning the number of people contaminated by each infected person - by 82% on average. This allowed the number (sometimes also written as R, R0 or Rx) to drop below 1, which is the threshold needed to stop the virus from spreading.

The researchers calculated that up to May 4, between 12 million and 15 million people were infected by Covid-19.

In their summary, the researchers wrote: “We estimate that, for all the countries we consider, current interventions have been sufficient to drive the reproduction number below 1...and achieve epidemic control.

“Our results show that major non-pharmaceutical interventions and lockdown in particular have had a large effect on reducing transmission. Continued intervention should be considered to keep transmission of SARS-CoV-2 under control.”

The figures come as Professor Jean-François Delfraissy, specialist immunologist and president of government scientific advisory council le Conseil Scientifique, said that the epidemic was “under control” in France.

This is despite the second phase of confinement beginning on June 2, and some experts suggesting that a “second wave” of the virus was “inevitable”.

According to the latest figures, France has seen just 13 deaths from Covid-19-related causes in the past 24 hours. This is the lowest number since March 14, before confinement.

In the latest update, 12,461 people are still in hospital nationwide due to Covid-19-related causes, including 1,053 in intensive care. Since the start of the epidemic, 70,842 people are considered to have been “cured” and have left hospital.

WHO: World should 'not take foot of the pedal'

Yet, the World Health Organisation (WHO) has this week (Monday June 8) estimated that the pandemic was in fact “worsening” around the world - especially in the Americas and Southeast Asia - and that people should still remain very cautious.

WHO Director General Tedros Adhanom Ghebreyesus said: "Although the situation in Europe is improving, globally, it's worsening."

He continued: "More than six months into the pandemic, this is not the time for any country to take its foot off the pedal.”

He said that 75% of new cases recorded on Sunday came from only 10 countries, mainly in the Americas, and in Southeast Asia.

He said: “This is the time for countries to continue to work hard, on the basis of science, solutions and solidarity.”

With almost 7M #COVID19 cases & 400K deaths globally, this is not the time for any country to take its foot off the pedal. We urge active:
-surveillance to ensure the virus does not rebound
-finding, isolating, testing & caring for every case
-tracing & quarantining every contact https://t.co/B7po1dAN3F

Mr Ghebreyesus also called for people to remain vigilant, especially in light of the protests that have spread across the world after the death of George Floyd in the US.

He said: "WHO fully supports equality and the global movement against racism. We reject discrimination of all kinds…[but] we encourage all those protesting around the world to do so safely. Clean your hands, cover your cough and wear a mask if you attend a protest.”

All 150 new Covid clusters in France ‘under control

Phase 2 deconfinement in France: What has changed