Motorway linking France and Spain to go toll-free from September 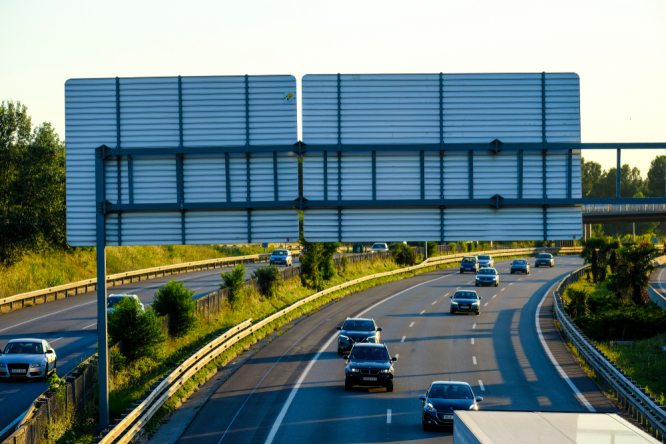 Drivers using the AP-7 motorway linking France and Spain will be able to do so for free from September 1.

Users arriving from Occitanie will no longer have to pay to use the road, with the tolls between Le Boulou in the Pyrénées-Orientales and Barcelona being lifted.

The AP-7, also known as the ‘Mediterranean Motorway’, transports drivers from the Occitanie region of France to Spain’s Costa Brava.

Drivers will be able to save €14.80 when travelling from Occitanie to Barcelona, and the same on their return journey.

The removal of tolls payable on the AP-7 coincides with the Spanish authorities investigating new ways of funding the maintenance of its 12,000km motorway network.

Its study is set to continue until autumn, after which point drivers are likely to have to pay to use Spanish roads again.

Since the section of the motorway between Tarragona and Alicante was made free at the beginning of 2020, traffic has increased by 36%, notes LaDepeche.

It therefore seems likely that the Mediterranean Motorway may become busier still. Drivers who would normally take the route nationale to avoid paying tolls might now take the AP-7 instead.

The Girona area already receives the densest traffic in the region with 75,000 cars crossing the AP-7 daily.

Most of the motorways in France are operated and maintained by private companies. However, the tolls charged are regulated by the State and depend on factors such as the company that runs it, your vehicle type and the journey being taken.

While the cost to use some of them remains unchanged from one year to the next, others increase annually and have done so by an average of 0.44% according to figures for 2021.

Every year, Autonews ranks the 51 French motorways from cheapest to most expensive per kilometre.

The cheapest was found to be the A68 between Toulouse and Albi, covering 61km and costing €1.50 (2.46 centimes / kilometre). This cost has remained unchanged for the past three years.

At the other end of the scale, the most expensive was the A14 for a journey between Paris La Défense and Orgeval, covering 16 km and costing €8.90 (55.63 centimes / kilometre). The cost has also increased by 4.71% over the past three years.

For drivers who want to avoid paying tolls, Google Maps allows you to find alternative free roads via ‘options.’ The new routes will probably take longer (of course).

Alternatively, Google’s Waze app will estimate the cost of the tolls for your journey, relying on users to keep its database updated.