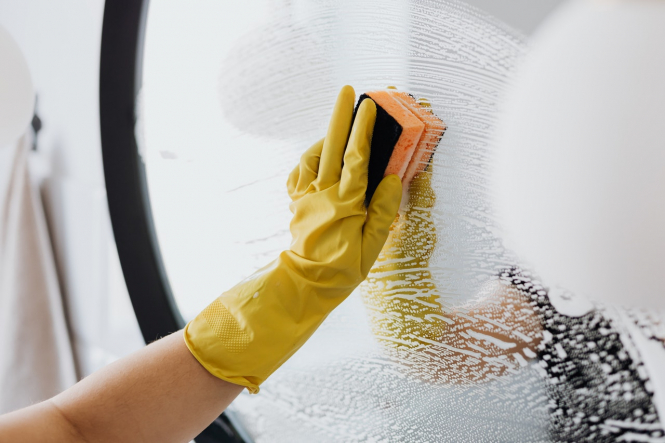 The score would inform consumers of “the suspected, presumed or proven presence of an endocrine disruptor” in a product, alongside “measures of risk prevention” that the consumer would be advised to take Pic: Karolina Grabowska / Pexels / Pexels License

France is to introduce a new score to show the toxicity of cleaning products, with the ‘Toxi-Score’ set to appear on labels from 2022. We explain how it will work.

Ecology Minister Barbara Pompili confirmed the new measure to FranceInfo on May 7. It will be introduced as part of a €90 million health-environmental plan, she said.

A ‘scoring system’ for chemical cleaning products, that will judge them based on their toxicity to human health and the environment, namely whether they contain suspected or proven 'endocrine disruptors'.

When will it come into force?

The minister said the labels would appear from 2022.

Is this a new idea?

No. It was most notably suggested in 2018 in France by anti-cancer group la Ligue contre le cancer, and consumer association 60 millions de consommateurs.

The former group suggested that the score should apply to many everyday products, including cosmetics, clothing, decorations and even furniture.

For its part, 60 millions de consommateurs had suggested the introduction of a ‘Ménag’score’, with ‘a simple labelling system based on scientific guidelines’, after its own study of 100 common household cleaning products suggested that half of them should be termed “dangerous, or very dangerous”.

A report into endocrine disruptors and presented to French parliament l’Assemblee Nationale in December 2019 studied the presence of the disruptors in plastics used in food products, cosmetics, and pharmaceutical goods.

It suggested a ‘Toxi-Score’ be put in place to alert consumers to these disruptors, in the form of a clearly-visible icon.

This could be used to inform consumers of “the suspected, presumed or proven presence of an endocrine disruptor” in a product, alongside “measures of risk prevention” that the consumer would be advised to take when using the product, it said.

Claire Pitollat, co-author of the report, said the aim was to enable "the consumer to be easily informed of the presence of dangerous chemical substances and, more broadly, to take back control, so that products are developed in a healthy way”.

This idea was supported by Ms Pompili, who first suggested the use of a Toxi-Score in December 2019, when she spoke to a government commission following an evaluation of public environmental health policies.

She said: “The Toxi-Score, which would make it possible to know immediately whether one is dealing with a household product that is fairly neutral or whose effects are, on the contrary, dangerous, would be particularly appreciated by the consumer.”

It will likely appear similar to the Nutri-Score used to indicate the healthiness of food products, with a colour-coded A to E lettering system, descending from green to red.

Laurianne Rossi, co-author of the report, said that the system should be "very simple, very easy to read, and accessible to each of our fellow citizens”.

It should “appear on each package and make it possible to know how harmful [the product is], based on the disruptors present, whether they are suspected, presumed or proven, based on the Anses classification”, she said.

What products will be included?

Ms Pompili said that it will “concern all household [cleaning] products”, and aim to simplify labelling, she told FranceInfo.

She said: “Today, the labels of these products are very complex. We do not know how to use them very well. [Rather], we should know at first glance if we need to take precautions for their use, such as, for example, putting on gloves or airing the room.”