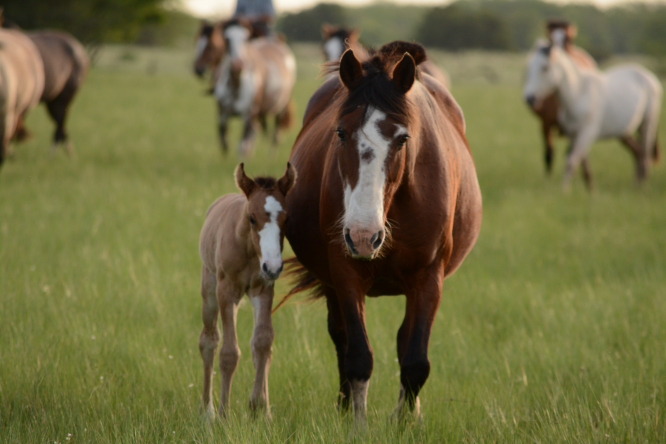 A new police enquiry opened in Hérault yesterday (November 18) investigating the mutilation of a horse in the department.

This comes as the interior ministry has given an update on its investigations to news source Le Figaro. National investigations were opened following multiple other cases of horses being mutilated and even killed this year – by September, more than 30 had been reported.

Incidents were initially reported in the north, but have since spread around the country.

While the interior ministry said that the attacks “have not disappeared”, they added that there has been “a real decrease in the number of mutilations happening to horses compared with August, at which time attacks peaked”.

A least 400 reports of serious injuries to horses have been reported in France since last spring, but the interior ministry said: “only 20% can be attributed to humans.”

The remaining 80% are largely injuries caused by other animals or the injured animal itself.

Investigations to be long-term despite technological advances

The interior ministry said that police have utilised new technology in light of the attacks, allowing them to determine the causes of injury to an animal.

It said: “This allowed us to save a lot of time and calm the panic that horse owners were experiencing at times. There are big expectations for answers in the equine world.”

Horse owners in France were particularly concerned about the macabre nature of attacks. In each case, horses were mutilated by someone who seemed to have knowledge of equine anatomy. Attacked animals often had specific body parts removed, including their genitals and ears, and some were killed.

So far, local and national investigations are still underway. The gendarmerie has made four arrests “related to sexual deviance and bestiality”, but police expect it will be a “long-term” investigation.

Meanwhile, horse-owners are still facing fears over the safety of their animals.

The group also suggests more human, technological and financial resources be allocated to horse, cow, sheep and goat owners to help improve security in rural areas, which are often isolated and poorly equipped.

The Auvergne-Rhône-Alpes and Ile-de-France regions have already allocated funds of €100,000 and €50,000 respectively for owners to invest in video-surveillance materials.