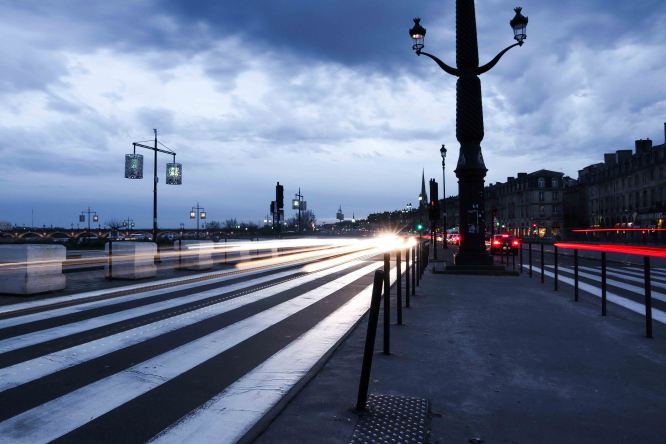 Central areas such as Place de la Bourse in Bordeaux may become car-free, the new mayor has said
By Joanna York

In an interview with news source 20 Minutes he said: “I don’t want to ban cars [in the city]…even if, in time I think we are moving towards a ban.”

Justifying his position, he added: “In city planning, 70% of roads are dedicated to cars, but car journeys only represent 29% of journeys in Bordeaux.”

However, he added, making the city car-free would be something that happened “gently”, beginning with measures to incentivise other forms of transport.

He envisaged prioritising walking and cycling in the city centre (secteur intra-boulevard), to progressively dissuade cars from entering the area.

The mayor also plans to increase the number of cycle lanes in Bordeaux by conserving those put in place during the Covid-19 crisis.

Drivers in France still drive dangerously – but a bit better

France tempts people back on to bikes after lockdown