Gatherings in Nice limited to 10, bars to close earlier 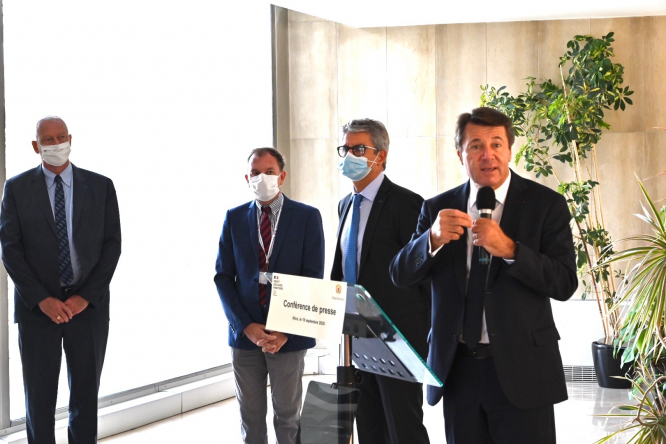 Groups of people gathering in parks, on beaches or along the promenade are now limited to 10. Large gatherings, such as concerts or sporting events, will also now be limited to 1,000 people, down from 5,000.

Bars and other establishments selling drinks will have to close at 00:30 while the consumption of alcohol in public places will be banned after 20:00, as will take-away sales of alcohol.

The new measures were announced by Alpes-Maritimes’ prefect Bernard Gonzalez in a statement on Friday (September 18), which was also attended by Nice mayor Christian Estrosi.

Mr Gonzalez said that the new measures may be extended to the rest of the department too, depending on how the coronavirus situation evolves.

The mayor also said that tests carried out in Nice would now be prioritised for symptomatic people, people with a medical prescription, contact cases and caregivers.

In the past seven days the Alpes-Maritimes department has recorded 154 cases of coronavirus for every 100,000 people, making it one of the highest rates in the country. Bouches-du-Rhône, where Marseille is located, recorded 208.5, while Paris recorded 157.7.

Wearing a mask is already mandatory in every part of Nice.

Further measures are also expected to be announced soon in Lyon.

France’s health minister Olivier Véran said that if the situation did not improve in Marseille and on the island of Guadeloupe, then there could be restrictions on public gatherings and the closure of bars, FranceInfo reported.