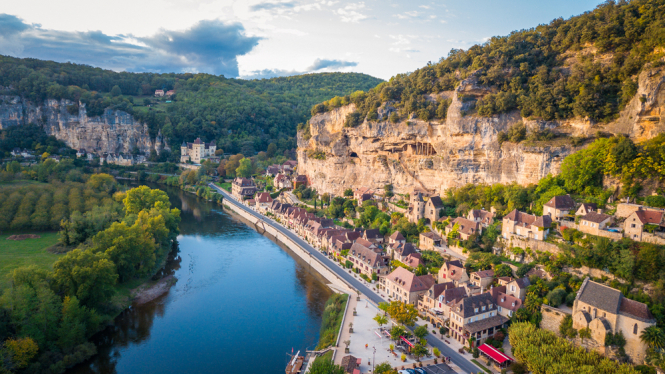 Nouvelle-Aquitaine President Alain Rousset wrote to Connexion readers in January 2020 saying the region would ‘always be your home’. He says that is still the case with the full implementation of Brexit this year.

Mr Rousset, who previously told readers he regretted Brexit, said it is too soon to comment on its effects “but I hope things will be as simple as possible for the British in Nouvelle-Aquitaine which has, perhaps France’s largest British community”.

He said moving forward, if he is re-elected he is considering new ways to foster links with the community.

“We might create a new cultural event specially aimed at British citizens here. We could also look at other schemes, such as whether there could be a role for young British people here as mentors for young French people to improve their English.

“Part of our history here is linked to the British – Eleanor of Aquitaine and Henry II (of England), and Richard The Lionheart… Richard is buried near to here.

“So there’s a rather close relationship with Britain and I’m trying to prolong that history.

“The dukes and duchesses of Aquitaine always had a strongly autonomous relationship towards the French crown and I think that characteristic has somewhat remained – we are Girondins and not Jacobins.”

Mr Rousset added: “We help British-run businesses that have development plans with no distinction from French businesses. And we are looking to see what effects Brexit will have on Airbus, part of which is hosted in the UK.”

Asked if the region can do anything to help Britons thinking of moving in the future, he said the “Devil will be in the detail” with regard to future residency rules and how the Brexit treaties are applied, but “we will see how we could provide support”.

He added: “The presence of other nationalities is always enriching for the country that welcomes them and we are proud of the good lifestyle and attractiveness of our territories such as the Charente, Périgord and Corrèze.”

Asked if the demographics of Britons moving could change, perhaps with fewer retirees, he said: “Yes, that’s likely, but I hope solutions are found, and especially that things go well for the long-time residents who have helped to restore our old properties.”

He added that “economic relations” with the UK are fostered by the fact that many English and Scottish people own vineyards in the area.

“I have often visited Britain and was even a guide in London for French tourists in my student days,” he said.

Asked why Britons with French nationality should vote for him this weekend, Mr Rousset said: “Firstly we have succeeded with the fusion of the three former regions, which wasn’t simple. There is no more resentment and bitterness.

“Also, within the limits of our powers, I think we have done good work in terms of transport and the lycées, and in planning and economic development.

“I think we have a relationship of confidence with the business world that is quite unique in France.”

Regional elections this month: What powers do regions have?