Omicron: Zero cases of new Covid variant of concern in France so far 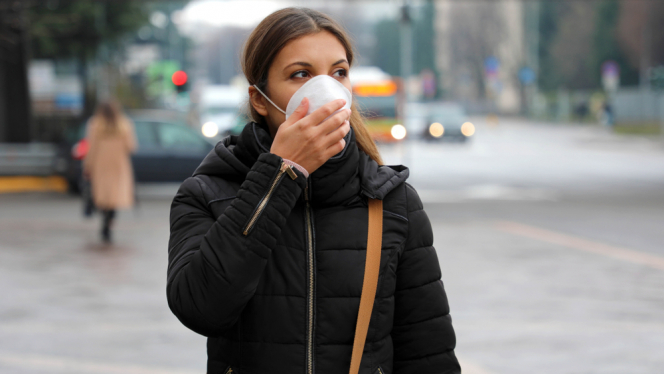 France has suspended travel from seven southern African countries over concerns about the spread of a new variant named Omicron Pic: Zigres / Shutterstock

There are so far zero cases in France of a newly identified Covid variant, which has been named Omicron by the World Health Organisation (WHO).

Concerns over the variant, which is rapidly spreading in South Africa, have prompted a number of European countries, including France, to introduce temporary travel bans on several southern African countries.

The WHO classified it yesterday (November 26) as a ‘Variant of Concern’ (VOC), meaning it has the potential to have a higher degree of transmissibility, harmfulness or be resistant to Covid treatments, including vaccines.

It is the fifth variant to be classified as such, after Alpha, Beta, Gamma and Delta, the latter of which makes up the vast majority of cases in France.

“This variant has a large number of mutations, some of which are concerning. Preliminary evidence suggests an increased risk of reinfection with this variant, as compared to other VOCs,” the WHO wrote in a statement on Omicron.

“The number of cases of this variant appears to be increasing in almost all provinces in South Africa,” it added.

French government health agency Santé publique France stated yesterday that knowledge about the variant is “still incomplete” and it is working to develop it further.

“To date, we know that it has 32 mutations, insertions or deletions of the Spike protein, including the N501Y mutation, which has been associated with increased transmissibility of Alpha, Beta and Gamma variants,” the agency wrote.

France’s Health Minister Olivier Véran said that “we do not have, to date, any knowledge on the pathogenicity of this variant because there are only a few cases of it”.

Pathogenicity refers to the potential of the virus to produce disease, or in other words to harm people.

There have so far been around 59 cases of Omicron detected in South Africa, six in Botswana, and single cases in Israel, Hong Kong and Belgium, Santé publique France reported.

France yesterday suspended with immediate effect travel from seven southern African countries due to concerns over Omicron. It will remain in place for at least 48 hours, the government stated.

“People who have travelled to any of these countries in the last 14 days are advised to report to the authorities and to undergo an RT-PCR test as soon as possible,” a statement from the French government reads.

Mr Véran said that all passengers who had arrived on the last flight into Paris from South Africa on Friday morning before borders were closed were tested on arrival.

The decision to ban travel was taken following a consensus among the 27 European Member states to rapidly introduce travel restrictions on the African countries.

It is up to each EU country whether they apply travel restrictions or not. Germany and Italy have introduced similar measures to France.

The UK has also banned travel from these countries for everyone, unless they are UK or Irish citizens or UK residents, the BBC reported.

The travel bans run contrary to recommendations from the WHO.

"At this point, implementing travel measures is being cautioned against," WHO spokesman Christian Lindmeier told a United Nations briefing in Geneva yesterday, Reuters reported.

"The WHO recommends that countries continue to apply a risk-based and scientific approach when implementing travel measures,” he said.

He added that it would take several weeks to assess Omicron’s transmissibility and the effectiveness of vaccines and therapeutics against it.

Mike Ryan, WHO's emergency director, said there should be no “knee-jerk reactions” from countries in relation to South Africa.

“We've seen in the past, the minute that there is any mention of any kind of variation, then everyone is closing borders and restricting travel,” he said.