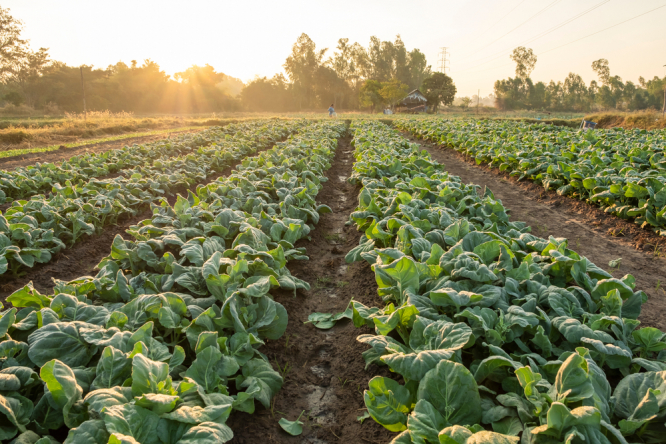 The herbicide prosulfocarb has contaminated organic crops in France, in some cases identified as being present at more than100 times the authorised limit.

La Fédération nationale d’agriculture biologique (FNAB) has today called for sales of the herbicide, which is widely-used for cereal and potato crops, to be suspended in France.

This comes as tests run by the group found the herbicide was present in 38% of broccoli, spinach, radishes, roquette and apples that it tested, collected from organic farms in different areas of France.

It found that contamination of organic crops “is not concentrated in one territory, and can occur in a variety of agricultural contexts confirming the idea of a general risk”.

Once contaminated by chemicals, organic produce cannot be sold.

In Dreux, Eure-et-Loire, farmer Mathilde Siguré spent two years converting to organic farming methods, and this year found her buckwheat crop has been contaminated by prosulfocarb.

“It’s a huge disappointment, and a huge waste,” she told Le Monde.

At the start of 2020, the Biocer farming collective that Ms Siguré belongs to also ran tests showing that the problem is widespread.

It found that two out of three batches were contaminated after testing buckwheat grown from October to December 2020, from 23 organic producers in Normandy, Centre-Val de Loire and Hauts de France.

For over half of producers, the level of contamination was on average 25 times over the authorised limit.

Biocer estimates its farmers have incurred losses of earnings equivalent to €100,000 due to being unable to sell contaminated crops.

FNAB are now calling for an insurance fund to be created for affected farmers financed by Syngenta, the producer of prosulfocarb.

Current rules around use not working

Nonetheless, prosulfocarb is the third most used plant protection product in France, after glyphosate (another herbicide) and sulphur (used by organic farmers).

In 2009, fewer than 900 tonnes of prosulfocarb were sold nationally. But in the following ten years usage increased drastically, with almost 4,000 tonnes sold in 2019.

Traces of the herbicide are frequently found in the air in France, with 2.61 nanograms per metre cubed measured in 2019 - the highest of any active substance.

It is thought that this is how it came to contaminate organic crops, as the wind can spread prosulfocarb kilometres away from fields in which it is used.

This is despite national rules around usage that are already in place: prosulfocarb can only be used in certain forms and at certain times, and cannot be used when crops within a 500-metre radius are due to be harvested.

Current rules for the sale and use of prosulfocarb are set to be in place until October 2021.

Use of pesticides has ‘exploded’ in France in past decade