Paris: Swimming in the Seine on track for 2024 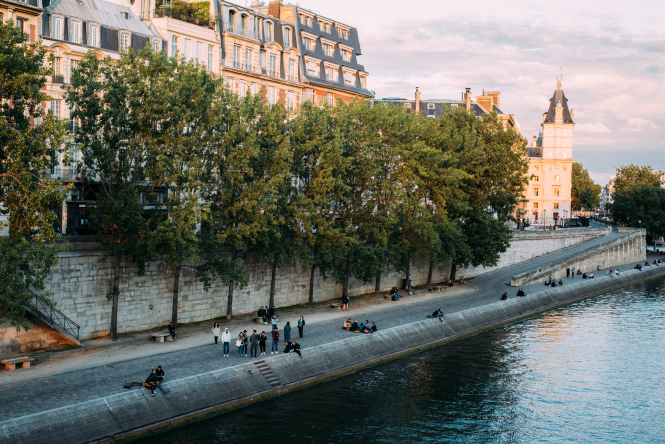 Water quality in the Marne river in the Ile-de-France has also been improved, thanks to a long-term plan mobilising a €1.4billion investment from the state and local investors.

The Plan Qualité de l'Eau et Baignade (the water quality and swimming plan) was adopted in 2016 to improve water quality in both rivers. A statement from project organisers says since then, “the creation of stormwater basins and collection of rainwate, are being studied and put in practice. Work on a water-storage basin near Austerlitz has also begun".

Bacteria and pesticides being monitored

Gabrielle Bouleau is a researcher leading a study on improving water health in the Ile-de-France at the LISIS laboratory in the national research centre, Institut national de la recherche agronomique. She told news source FranceInfo: “The Seine and the Marne are rivers that have do not have strong currents, but they are under demographic pressure, so they get polluted.”

Bacterial tests that measure how much faecal matter is present in river water samples are used to evaluate how safe it is to swim in the water. Although, Dr Bouleau says: “In the Seine, basin pollution is characterised by multiple factors such as pesticides, nitrates and nitrogen.”

A study released by Eau Seine Normandie, a government organisation to combat pollution in the Seine, says pesticides and especially herbicides “contribute to nearly 24% of running water degradation, and are the only downgrading factors for nearly 65% of rivers” in the section of the river studied.

In the Ile-de-France region, there are also 35,000 defective private sanitation connections to the river, which affect water quality and dilapidation in some parts of the network. To combat this, the Plan Qualité de l'Eau et Baignade provides financial aid of up to €4,200 for individuals to bring their connections up to standard.

Dr Bouleau hopes attitudes towards swimming in rivers in France can become more positive, a change in mindset she believes depends on the public not becoming over-focused on water quality. She says: “We can never completely get rid of faecal contamination. Swimming zones need to be analysed and sometimes closed to the public, especially after heavy rains.”

She adds: “There are other parameters to consider too: currents, dangerous zones and navigation. [But] At the beginning of the last century we swam in rivers. It’s a practice we have abandoned in the past 50 years.”

People in France who wish to swim in lakes, natural pools and the sea in France can check water quality at their preferred site using the government’s Bathing Water Quality resource.