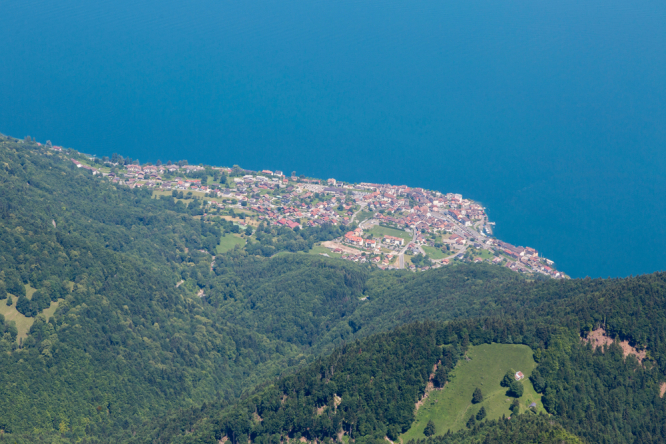 A village on the Franco-Swiss border that managed to stay united during the worst of the Covid-19 pandemic has finally been divided by football ahead of France-Switzerland in the European championship.

In Saint-Gingolph, population 800, on the shore of Lake Geneva, the cemetery is in the French part of the town, the football pitch in Switzerland. And most of the shops are on the French side.

The village could not be divided even by different national Covid restrictions - with Swiss residents able to shop on the French side during the lockdowns - but the round-of-16 match in Bucharest has brought out divided national pride.

"Me, I'm going to wear the colours of France, that's for sure!"

But her husband revealed that he will be decked out in the red-and-white of Switzerland when the two sides meet at 21.00 tonight (Monday, June 28).

Villagers will be able to watch the match on a giant screen in a community room … that is on the Swiss side. Could that be an omen?