Person missing after storms cause flash floods in north France 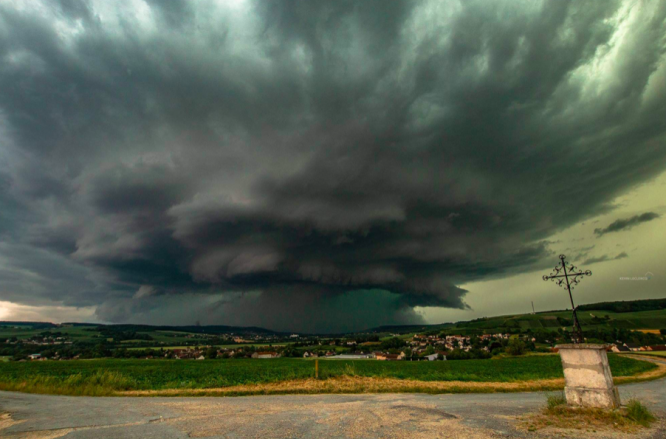 A person is missing after falling into a river in Beauvais, Oise, during a violent storm on Monday evening (June 21).

Divers, sniffer dogs and drones with thermal cameras have been deployed along the Thérain river to find the missing person.

The storms caused up to 60mm of rain to fall between 22:00 and 23:00 last night, and firefighters were called to assist at 600 incidents in Beauvais, Tillé and Auneuil.

Beauvais hospital also experienced flooding (but not power cuts) and a plane that was due to land at Beauvais airport was redirected to Lille.

Flooding in centre of Reims

Earlier on Monday evening storms and heavy rain also caused flooding in the centre of Reims for the third time in two weeks.

The Avenue Jean-Jaurès was particularly affected as water gushed down the street disrupting traffic and causing damage to properties. The mayor later went to meet with shopkeepers on the street.

The flooding began after a ‘stationary storm’ to the north east of the city caused 50mm of rainfall within two hours.

At one point in the evening 900 homes were left without electricity, but this was largely resolved by 22:00.

By 22:30 firefighters had been called to assist with 70 incidents, 29 of which were ongoing in Reims and surrounding communes Pouilly, Mercy, Boult-sur-Suippe and Villers-Franqueux.

A source from the mairie told BFMTV everyone was “exasperated” by the return of the floods which had caused “a lot of damage” to properties owned by individuals and shopkeepers.

Why have there been so many big storms in the past few days?

This comes as storms and high temperatures have been reported throughout France in recent days.

It is currently storm season, but the number and intensity of the storms have been higher than usual.

Christophe Person, head of the weather service at BFMTV, said: “It is rare to have so many storms that are so strong, but we are at the peak of the season. It is between spring and summer that we get the most violent storms.”

Current stormy weather is being caused by cold air from the Atlantic meeting high temperatures upon arrival in France.

Climate change could also be a factor. As the planet warms, oceans are getting warmer too. Mr Person said: “This certainly has consequences in terms of air mass, and that can cause more violent storms.”

Warmer temperatures can also lead to more humid storms, with increased risk of heavy rain and flooding, as more water from the sea evaporates and enters the atmosphere.

In recent days, small-scale cyclones around 10km in diameter (called mesocyclones) have also been sighted in France.

Mesocyclones form in the centre of storms and can cause strong winds and even tornadoes.