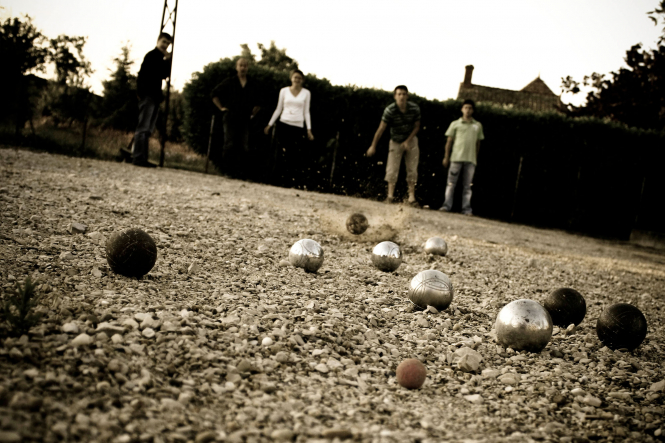 There are around 300,000 members of the pétanque federation in France Pic: Marceau ROUVRE / Flickr

Playing pétanque, a popular boules game, is now once more allowed under Covid-19 rules after its description was changed from being a team sport to an individual sport played in teams.

The update was made by France’s ministry of sports in a decree published April 6.

It specifies that the sport should be considered an individual sport that can be played in teams, rather than a collective sport, which are banned under current rules.

It sets out the following rules for playing pétanque:

The current form of pétanque originated in the early 1900s in La Ciotat in Bouches-du-Rhône in southern France.

The name comes from pè tancat, which means “planted foot” in the Provençal dialect of the Occitan language.

The sport consists of players standing with at least one foot planted on the ground - hence the name - and throwing balls towards a jack. The objective is to have your balls closer to the jack than your opponent’s.

There are around 300,000 official members of the French pétanque association, the Fédération Française de Pétanque et de Jeu Provençal (FFPJP), which has around 5,800 affiliated clubs.

It is the leading federation of a non-Olympic sport in France in terms of the number of members, the FFPJP’s website states.

Women represent 16% of members. Each year, the federation organises 13 championships around France.

Sports considered to be team sports, such as football, basketball, rugby, volleyball or handball, remain banned in France both indoors and outdoors.

Pétanque could soon be on the French lycée curriculum