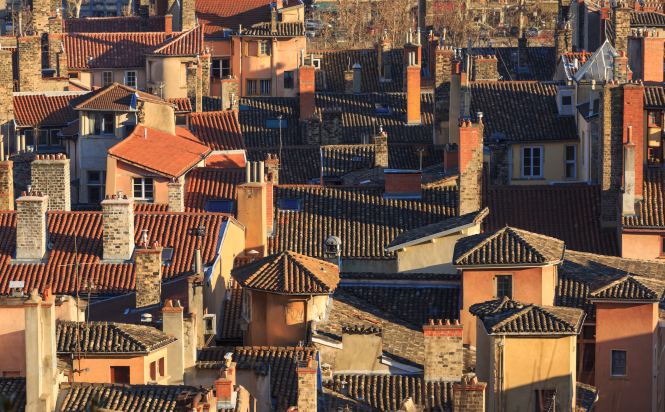 The incident happened in an antiques shop in Vieux-Lyon, where homeless man Fabrice was walking with his dog Pic: Sander van der Werf / Shutterstock

A petition calling for a home and job for a homeless man who saved a shopkeeper in Lyon from a severe fire has so far attracted more than 47,500 signatures.

The homeless man, named Fabrice, broke windows in the building to save the shopkeeper from the blaze after it took hold of the five-storey building in rue Monseigneur Lavarenne in Vieux-Lyon, on November 21.

The basement and first floor of the building – including the shopkeeper’s antiques shop – were destroyed, but there were no deaths thanks to Fabrice’s actions.

The fire began after the shopkeeper’s gas fire fell over, and the man found himself trapped by flames. Fabrice was walking with his dog at the end of the road and came to the man’s assistance.

He dragged the shopkeeper out of the building, leaving the pair with only minimal injuries.

Despite Fabrice attempting to play down the rescue by calling it “normal” and “what anyone would have done in the same situation”, an online petition started by Lyon rapper and ‘influencer’ Oumse Dia has managed to gather more than 47,500 signatures (at the time of writing).

In the video below, Fabrice explains what happened. He said: “I didn’t think about it, I just did it automatically.”

The petition is calling for Fabrice to be given a home and a job by the mayor of Lyon Grégory Doucet and prefect of the Rhône department Pascal Mailhos, in recognition of his heroic act.

It is also calling for the mayor to meet with Fabrice at the mairie.

Mr Dia told France 3: “We hope that this homeless man will be recognised by the authorities and that he will be able to benefit from a job and housing in view of his act of bravery.”

He said: “I started this to show that even if you’re homeless, you can be a part of society, and be a role model to young people, and I am sure that because of this petition, we are going to help Fabrice to find work and a home, and help him to rebuild his life. I thank all the people who have signed it.”

So far, Nadine Georgel, mayor of the city’s 5th arrondissement, has spoken with Fabrice several times, although the latter has said he wants to stay out of the media spotlight.

Ms Georgel said: “He is a very good young man, who is very disciplined, and who has a craft. My position is clear, we will help him according to his wishes and needs, over a time period that works for him.”

The priority currently is to find Fabrice, who has a strong bond with his dog, a place to live.

Ms Georgel said: “The prefecture is taking this in hand. I am very impressed by this story. He told me, ‘What I did is [what anyone would do]’, and I said, ‘Maybe, but it’s still exceptional’.”

One dead, three missing as building falls in explosion in south France

Shoebox gifts for homeless in France