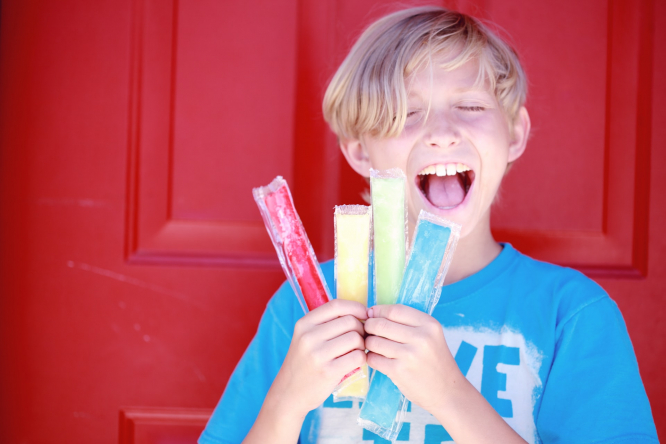 Most of the food being advertised to kids on the TV and internet is of low nutritional value and high in fat, salt or sugar, UFC-Choisir found
By Hannah Thompson

UFC-Que Choisir is campaigning to ban adverts intended to be seen by children, for food products classed “D” or “E” on the Nutri-Score chart - meaning food that carries little nutritional value, and would be seen by most people as “junk” or highly-processed food.

The association said that it had analysed “448 hours of televised programmes” and “7,150 adverts”, and found that 90% of ads intended to be seen by children were selling food that was high in fat, sugar or salt, and classed as D or E - such as sweets, chocolate, fast food, sugary cereal and biscuits.

Alain Bazot, president of UFC-Que Choisir, said: “We were dumbfounded to find that 88% of products that are being promoted are in the two worst Nutri-Score classes [D and E].”

The association has condemned the government’s constraints on publicity for children as a “failure” and said that “companies have in no way improved their practices”.

The petition comes 13 years after the association first called for limits to be placed on such publicity. Now it is calling for a total TV and internet ban.

Since 2007, several governments in France have considered increasing regulation on food advertising to children, and reducing advertising pressure towards young people.

He added: “The links between alarming levels of childhood obesity, unbalanced eating and marketing [are now well-known] and it is urgent that we take ambitious preventative steps.”

He said: “As the commitments by the food industry lauded by authorities are a failure, and childhood obesity is alarming, it has never been more urgent to act to impose limits on adverts that are intended to be seen by children, by banning on-screen promotion (TV and internet) of foods of which consumption must be limited.”

The association also highlighted that the minister for the economy recently calculated that the social cost of people being overweight and obese is €22 billion per year - a similar cost to that of alcohol and tobacco use.

In a bid to assist parents further, the association has announced that it will be releasing a pamphlet “to help parents be guided in their choices, with a Nutri-Score list of 120 products. With Nutri-Score, we have a table of analysis which is totally objective and accurate”, said Mr Bazot.

What is relevance of coloured food score?