Flying taxis to be tested in Paris in 2021 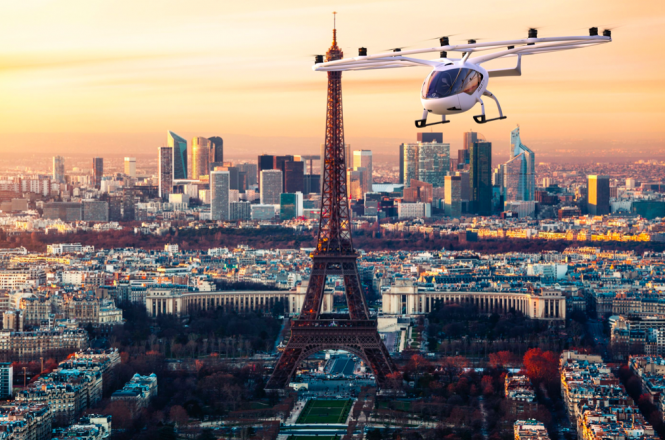 The aircraft is powered by electricity and has 18 motors. It can carry two people, including a pilot, flying at 100kmh at an altitude of 400-500 meters and with a 35km range.

Tests of the new flying taxi will begin in June 2021 in the aerodrome at Pontoise-Cormeilles-en-Vexin (Val d’Oise).

The VoloCity is currently awaiting certification from the European Union Aviation Safety Agency, which Fabien Nestmann, one of the managers of the product, expects will be granted in “two to three years”.

Valérie Pécresse, president of the Ile-de-France region, said she hoped the flying taxi could be unveiled at the 2024 Olympic Games in the capital and make Ile-de-France “a reference point for the global market for urban air mobility”.

CEO of the RATP, Catherine Guillouard, said possible plans for rolling out wider usage of the aircraft include “integrating mini-zones for take-off and landing into the urban fabric”. While the VoloCity can execute space-saving vertical take-offs she noted: “the question of noise will be fundamental”.

Tests will study questions of infrastructure, integration into airspace, and environmental and social acceptability of the aircraft.

Other models could be tested too

The VoloCity model is just one flying option that may be tested in Paris in the future.

Edward Arkwright, executive director-general of the Groupe ADP said: “Volocopter was the first to respond [to our search] but we have other brands that are interested. Anyone who wants to test a model can do so from June 2021, with no restraints other than to respect the specifications: clean, pollution-free, safe air travel.”