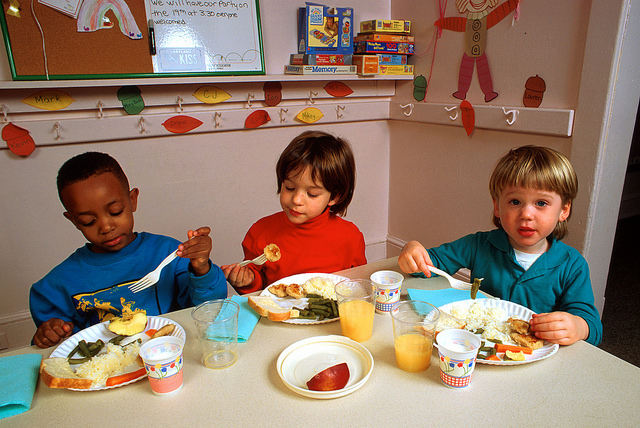 Mr Macron will announce the full scope of the four-year plan today at the Musée de l'Homme in Paris.

Its aim is to ensure that children who are born into poverty do not stay there, and to help poor adults to significantly improve their situation.

Figures suggest there are nine million people living in poverty in France, of which one third are children under legal age.

Although the Élysée has not cited an official cost for the plan, some estimates have calculated it to be worth €8 billion in total, including all extra benefits and anti-poverty measures already announced.

Rather than focusing on aid or extra handouts, Mr Macron’s plan is expected to focus on education and similar strategies aimed at “prevention” of “inequalities of destiny”.

There will be 30,000 new places created in creches, with €1.2 billion ringfenced to enable communes in most need to care for more children. The money will also help give improved training to the country’s 600,000 creche staff.

A spokesperson for health minister Agnès Buzyn, who will also help announce the plan today, said: “Creches, and any form of collective care, is a fundamental element for the [child’s] acquisition of language and socialisation, and therefore reduces inequality.”

Breakfast will also be a priority, with an aim to give all younger children in deprived areas access to nutritious meals at the start of the day, at school.

Around €100 million will help the 200,000 children who are deemed to need this. Parents will be able to choose how many times per week their child uses the service, and schools will be free to manage the system however they choose.

Education or training will become compulsory for young people until the age of 18. More young people will also have access to a €500 grant in return for staying in a training or education course - around 500,000 compared to the 100,000 who benefit now.

Child benefits - l'Aide Sociale à l'Enfance (ASE) - are to be extended where necessary beyond the current limit of 18, up to age 21, for those young people who do not yet have a job or a place on a training scheme.

These young people may also be offered additional support to help get into work or further education.

For young people aged 25 and over, who receive unemployment benefit (RSA), the State aims to better “accompany” them in their search for work. The most needy young people may be given accommodation, a job or a training scheme, and extra grants to help them get out of the poverty cycle.

More funding will also be given to the 50 national areas that have been designated to aim for “zero unemployment”. The investment for this will be €500 million per year, up to €2 billion in five years (double the amount that is already invested in this area).

The plan is also expected to include universal medical coverage - funded with a €500m injection from l’Assurance-maladie - for people whose income is less than €700 per month, and help with medical costs for those earning less than €900.

This will include help for necessary health items such as spectacles and hearing aids.

Lastly, more communication and data sharing will be encouraged between the various State benefit institutions, including Pôle Emploi and Sécurité Sociale, to prevent families from having to communicate separately with each, and to ease the administration load on social workers.

Investment will also be made into the technology used by these institutions, in a bid to digitise as much of the data and necessary documents as possible.

Olivier Noblecourt, interministerial director for the prevention and fight against youth poverty, who is to announce the plan today with Mr Macron and Ms Buzyn, said: “Our social system...has enabled us to stabilise poverty even in crises.

“But it has not been able to change the destiny of the most-affected young people, and to stop people being born into poverty. Existing plans have not been able to eradicate precarious living. That is why we must get out of this public ‘helplessness’.”