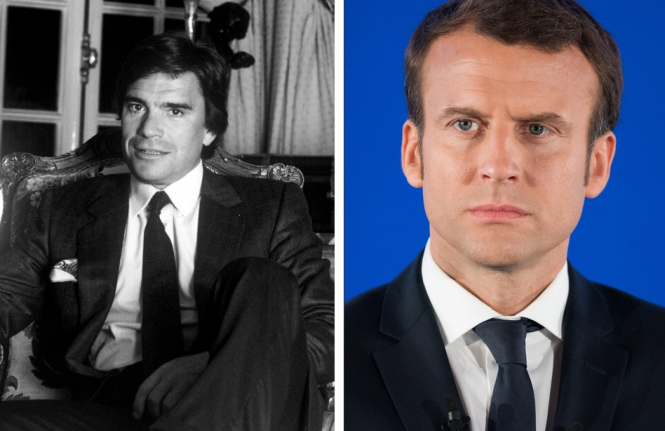 The Elysée has sent condolences to the family and friends of Bernard Tapie, who has died from cancer age 78 Pic: Olympique de Marseille @OM_English / Twitter / Frederic Legrand - COMEO / Shutterstock

President Emmanuel Macron has sent his condolences to the family of Bernard Tapie, the French businessman, sports club chairman, and erstwhile singer and politician, who has died at the age of 78.

In a statement, the Elysée said: “The President of the Republic and his wife are moved by the death of Bernard Tapie, whose ambition, energy and enthusiasm were a source of inspiration for generations of French people.

“To his family and his close ones, they send their respectful condolences.”

Mr Tapie’s death comes four years after he announced that he was suffering from stomach and oesophagal cancer. He underwent surgery for the condition in 2018, followed by chemotherapy.

Mr Tapie emerged from a poor start in life in 1943, to become one of France’s richest men.

He was president of Olympique de Marseille (OM) from 1986-1994 and bought sports retailer Adidas in 1990. The latter acquisition led to legal wranglings over money with French bank Credit Lyonnais, in a saga that has lasted more than 20 years.

Mr Tapie was known for helping OM to revive the then-flagging club, and help it win its only Champions League title.

He was later imprisoned for match-fixing, but was still considered a force of nature and well-known and loved among much of the French public.

Olympique de Marseille learned with deep sadness of the passing of Bernard Tapie.

He will leave a great void in the hearts of the Marseillais and will forever remain in the legend of the club.

Our condolences to his family and loved ones pic.twitter.com/1nkrvs9WAs

Mr Tapie was also well-known for entering into a no-nonsense debate with far-right then-leader Jean-Marie Le Pen, in 1989. He later became a government minister from 1992-1993.

In a press statement, Prime Minister Jean Castex said: "The first image that comes to mind [when I think of Mr Tapie] is that of a fighter, for his ideas, his convictions. He has always been very committed against the extreme right, but above all to causes, his club, his town, the company too.

“In short, he was a very committed man who gave everything, and I think we also saw him against illness. He fought step by step, like the fighter he always was. I bow to the memory of Bernard Tapie.”

A man ‘spoiled by life’

The businessman also appeared in a Claude Lelouch film in 1996; and also released a number of pop songs in the 1960s, as well as a 1985 song called Reussir La Vie (Making a Success of Life).

Mr Tapie also helped to set up the La Vie Claire cycling team. During his time being involved with the team, cyclists Bernard Hinault and Greg LeMond won the Tour de France in 1985 and 1986 respectively.

In 2017, Mr Tapie told Le Monde: "You can't imagine, my bathroom, when I was a kid, was a kitchen sink. My dream was to go to a council flat! But my parents gave me so much love, I was as happy as anyone.

“Then I met this exceptional woman, who has been with me for forty-four years of marriage and who still sends me messages of love today.

“And...when you've won the Tour de France, the Champions League, you've been a minister, singer, actor...what have I not done? If you were me, you couldn’t say you haven't been spoiled rotten by life.”