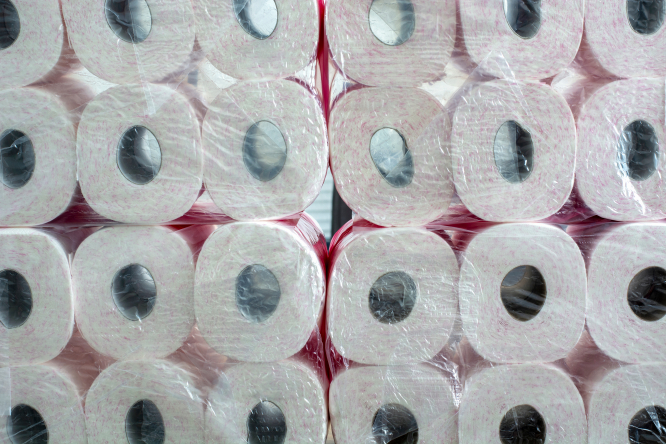 Toilet roll manufacturers are reporting a continual rise in the cost of raw materials and energy Pic: Ellyy / Shutterstock

Manufacturers of toilet paper, tissues and sanitary products say they are facing rising material costs but want supermarkets to pay them more so as to limit rises for shoppers to just a few cents per product.

Hygiene product company Essity, which owns French brands Lotus and Okay, has said that it is currently in the midst of an “unprecedented situation on a global scale,” with the price of raw materials, and particularly paper, having risen consistently for several months.

Essity told Le Figaro that the cost of paper pulp had gone up by 67% over the last eight months, with packaging prices having increased by 50%.

The company has also been affected by the rising price of energy, saying that its gas and electricity bills have grown by 500% and 170% in the past year.

“We have now been experiencing these climbing costs for one year, and this is impacting our capacity to innovate and invest,” Essity said.

The company has experimented with potential solutions, including the use of wheat straw instead of paper pulp in Germany, but it has now confirmed that it cannot fully absorb the rise in costs.

It is therefore proposing that supermarket chains share the burden by paying more for its products, even if this means that consumer costs also rise to a limited degree.

As part of negotiations which could last until February 2022, Essity is proposing a “double figure” percentage price increase, which would translate to a rise “of a few cents” for customers.

However, supermarket chains often fight to push prices down, and so it is not certain that this increase will materialise.

Customers should note that the situation is not causing shortages in shops.

Why are producers’ costs rising?

The French Association of Paper Industries (COPACEL) has suggested that the inflated prices could be down to heightened demand for goods manufactured in China caused by the global economic recovery from the Covid pandemic.

Many of these products are packaged – at least in part – using cardboard made from paper pulp, placing pressure on supplies of this material and pushing prices up.

Covid-induced interruptions to the freight shipping network also play a role in the rise in costs, with COPACEL saying that: “an extension of transit times and escalating delays add strain to the cost of supplying products.”