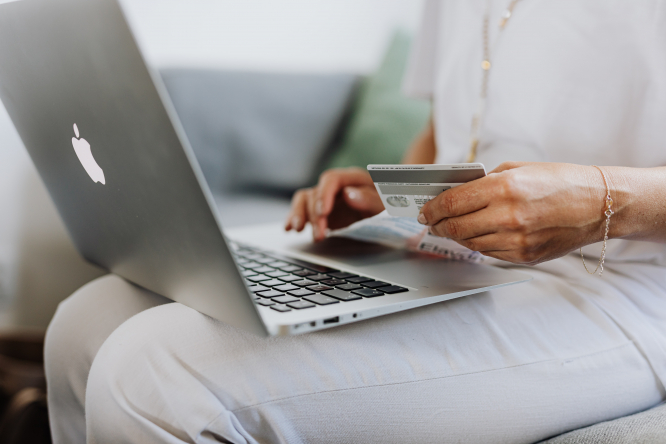 Many items bought online from outside the EU will be more expensive from July 1 linked to the passing into French law of an EU directive on VAT.

This rise is, firstly, due to the end of an exemption on VAT on purchased goods valued at under €22, so it will affect purchases of low-value goods.

In addition, however, many non-EU countries, especially in the Far East, are known to have exploited the €22 rule by under-declaring the value of more expensive goods. It is set to become harder to use this loophole, plus there are new tighter rules coming in regarding sales that take place via online platforms acting as intermediaries.

VAT in France is typically 20%, though it is reduced to 5.5% on many foods and on books. Note however that import from outside the EU of many fresh food items is subject to restrictions.

The changes concern commercial imports; gifts will continue to be VAT-free under €45 in France.

In addition, large internet platforms such as Amazon, Wish or AliExpress, which often act as intermediaries for non-EU sellers, will from July be considered the supplier of the item and required to collect VAT where it is due.

Some 58% of products on sale at amazon.fr are sold by third parties, often outside the EU, according to economics magazine Capital. Another large French site, CDiscount, has a third of its sellers located outside the EU in countries including China and the UK, it states.

A European Consumer Centre France spokeswoman said: “Up to now, sellers on big platforms were responsible for the VAT but they didn’t always pay it over to the EU state in which the delivery took place.”

A European Commission source added: “Millions of goods are imported below the €22 threshold every year, many of which are worth more than €22 but are fraudulently declared at lower prices to evade VAT.”

A 2019 study by financial affairs watchdog Inspection générale des finances estimated that 98% of sellers in Asia operating on platforms selling in France were not registered for VAT in France.

At present, where an item has a declared value more than €22 and no VAT has been paid, it should be levied on import and the transporter will in this case ask for a refund on delivery. However it is sellers themselves who declare the value, and low-value packages have usually not been checked on coming into France.

Meanwhile a Finance Ministry spokesman told Le Parisien that sellers in countries like China also often send items individually where multiple purchases have been made, to avoid the combined package cost rising into the VAT category.

Under the new rules, VAT will be due from the first euro so a €10 item will cost €12, including 20% French VAT. Also, online marketplaces that connect sellers with buyers must now collect and pay over the VAT.

The latter point relates to all direct imports of goods of values up to €150, as well as to all purchases where the goods were already located in the EU but the ‘underlying supplier’ is not, such as if they were being kept in an EU warehouse by a non-EU seller.

Transport firm UPS has warned that the removal of the €22 exemption means even low-priced packages will be subject to formal customs clearance procedures.

In addition to VAT, customers may sometimes be asked to pay extra fees related to customs paperwork issues for the supplier or transporter.

Finally, extra customs import duties, at rates from 0 to 22% depending on the category of item, may be due on online purchases from non-EU countries valued at more than €150. This is not new, but is also liable to be more strictly applied now under the new regime.

In an extreme example, there may currently be situations where a Chinese seller declares a €200 item of clothing, for example, as having a value under €22, escaping VAT and duty and usually passing through uninspected. Now it is liable to have the full dues levied, including €40 VAT plus 12% customs duties at €24, so a total €264, possibly with some additional customs fees on top.

Under the rules of the Brexit Trade and Cooperation Agreement, customs import duties do not apply to items from the UK, but only if they are supplied with paperwork proving the item was mostly made in the UK or EU, as opposed to, for example, being imported from China to the UK then resold.

Amazon and AliExpress have indicated they will conform to the new rules, with Amazon stating that if it receives evidence of sellers not following VAT regulations they will carry out checks and potentially remove them from the site.

A new ‘import one-stop shop’ (IOSS) system is also coming in, intended to simplify the payment of the VAT on imports to the EU. It allows firms to register in one EU state to manage their VAT throughout the EU.

The European Commission says the changes are aimed at making sure that EU businesses are competing on an equal footing with non-EU ones.

22 hours ago
3
Covid-19: Rules for travel to and from France