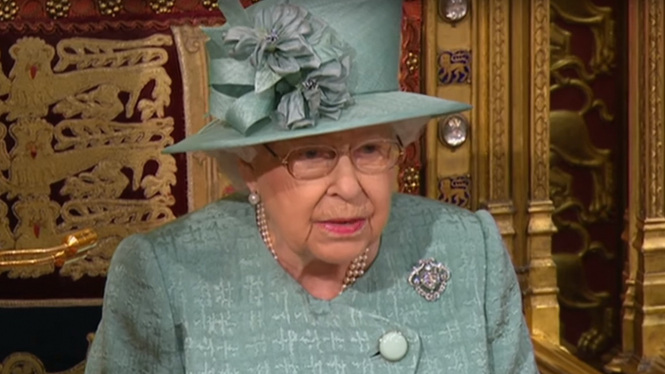 The speech also pledged to implement Brexit on January 31, 2020 and to end the transition period on December 31, 2020 and bring in 'points based' immigration rules.

The main speech and accompanying documents, which set out the government’s plans for the parliamentary session ahead – usually lasting a year – refer to ‘Australian style’ immigration rules prioritising skills as of 2021 for all new immigrants including EU citizens, as well as plans for tougher laws against foreign offenders.

Meanwhile a spokesman for the Department for Exiting the EU – which is expected to be closed down at the end of next month – said the government considers today’s second reading of the EU Withdrawal Agreement (WA) Bill as being a ‘de facto’ vote to approve the ‘Brexit deal’.

No further ‘meaningful vote’ will now be held on this, he said.

The government will now seek to fast-track the WA Bill so the deal is fully ratified before the expected Brexit date of January 31 – however it must also be approved by the European Parliament, probably with a vote on January 29, if it is to be in force by the leaving date.

The previous parliament voted through a resolution that it approved the Brexit deal provisionally on condition that all related UK legislation to put it into effect – ie. the WA Bill – was passed through parliament first. The MPs then refused Boris Johnson’s attempt to rush the WA Bill through before the initial October 31 date, leading to the elections that have just been held.

Yesterday's Queen's Speech was remarkable in being the second in the space of two months... whereas October's was notable for being more than two years after the previous one, the last session of Parliament having been the longest since the Civil War.

Measures in the main Queen’s speech and supporting documents yesterday include: