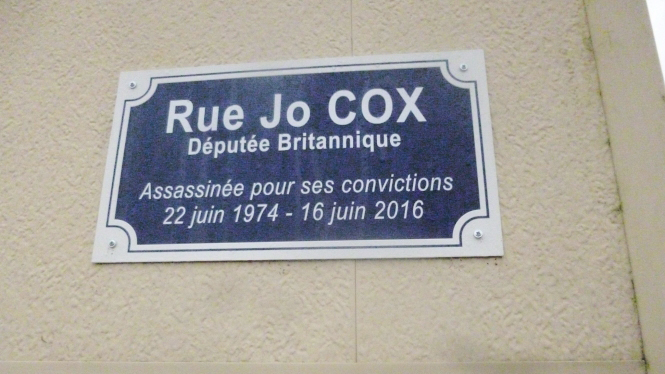 A street in Avallon, Burgundy, has been named after murdered MP Jo Cox (right)
By

Murdered British MP Jo Cox will be remembered again in Burgundy this May when Oxfam’s annual Trailwalker 100km challenge heads off along Rue Jo Cox.

The town of Avallon decided to honour the mother of two, who was killed by a far-right supporter in the run-up to the Brexit referendum, by naming a street after her as she had worked for Oxfam and the town has hosted the annual Oxfam Trailwalker event for six years.

In all, 242 teams raised €439,054 for Oxfam France’s work helping people in need around the world. The sponsored Trailwalker event saw the teams complete a 100km circuit in less than 30 hours.

Deputy mayor of Avallon, Gérard Delorme, said 2018’s race will once again start along Rue Jo Cox, who worked for Oxfam in the UK and Brussels before going into politics.