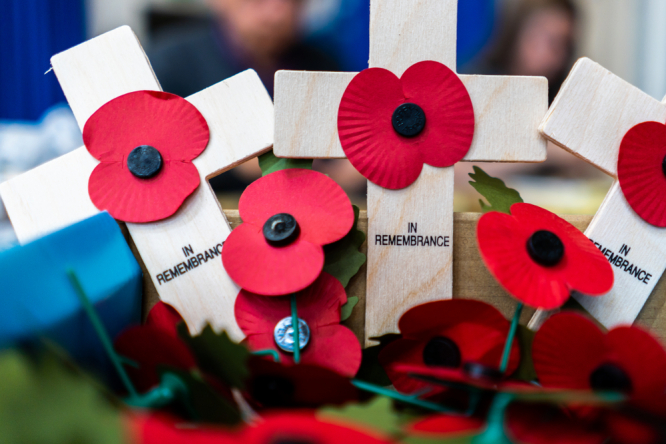 The Royal British Legion (RBL) Poppy Shop in the UK will no longer sell products directly to customers in the EU due to Brexit-related complications, but RBL branches in France will continue to sell remembrance items to people in France.

UK newspapers reported last week that the RBL has chosen to stop sales of poppies online to those living in the EU, including France, because of extra costs and bureaucracy related to Brexit.

Duncan Andrews, chairman of the RBL’s Bordeaux and south-west France branch, said that while this is true, people in France will still be able to buy remembrance items directly from RBL branches in France.

Mr Andrews confirmed that UK-based RBL website Poppy Shop will no longer be able to sell to France, as a result of Brexit, unless an agreement can in future be made on allowing charitable items to be sent without extra costs.

However he said reports of this in UK media had led to confusion.

“People have jumped on this without knowing the truth. People have come to us thinking that they can’t get poppies any more.

“We have a large stock of poppies and poppy wreaths. We also have people in France who are physically making items using poppy material. They are being sold too. The system is still in place.”

He added that it is vital people realise the RBL is still “open for business” in France.

“We are worried that this will lead to people thinking that the legion isn't doing anything now, and that might mean that veterans who need help slip through the net.

“It is very important to stress the fact that we are there for veterans. That is what we have been about for the past 100 years.

Bordeaux and south-west France branch treasurer Paul Phillips said that through sales of remembrance items RBL in France has raised on average around €15,000 each year for the past five years.

The funds that are raised go towards the RBL’s welfare services for ex-service people and their families, in the UK or around the world, including France, he said.

The problems highlighted by the Poppy Shop include the fact that all goods sent to the EU from the UK will from July be subject to French VAT and potentially customs fees.

Armistice Day: Why we still remember

Britons in France can order their poppies by email