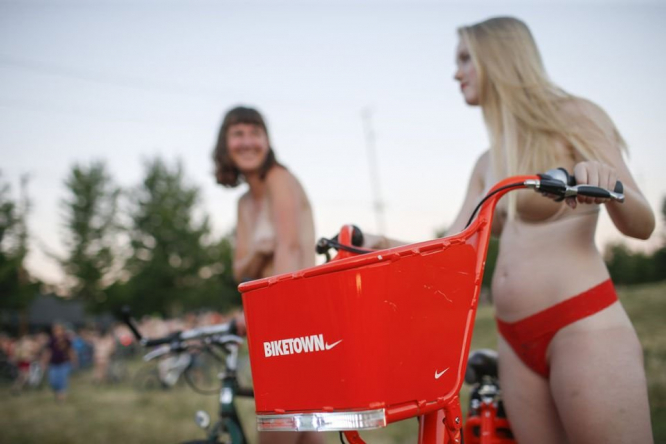 A gathering of several naked cyclists has been approved by Rennes' mayor and will take place on Sunday (September 13).

There was uncertainty about whether it would go ahead in the Brittany city due to France’s increasing number of coronavirus cases.

The naked cyclists will therefore be required to wear a mask as a safety protocol, and should also respect barrier gestures such as social distancing and washing hands.

The group will also not be permitted to enter city centre areas.

The idea of the cycle is to raise awareness for the vulnerability of cyclists in urban areas, and also to promote naturism.

“We are very happy because it will be the first cycling and nudist gathering in France," said Michèle Charles-Dominé, president of the Breton branch of the Fédération française de naturisme.

“We now hope that the event can continue over time," he told newspaper 20 minutes.

The route will be oriented towards the outskirts of Rennes, around the Parc des Gayeulles in particular. It is not compulsory to be naked to take part.

Rennes introduced new temporary cycle routes to the city after the confinement for ecological and sanitary reasons. Rennes’ mayor Nathalie Appéré announced at the end of August that the temporary areas would remain in place until the end of September.

She said that the initiative had increased the number of cyclists in the city by around 15 - 20%.