President Macron to discuss roadmap out of lockdown today 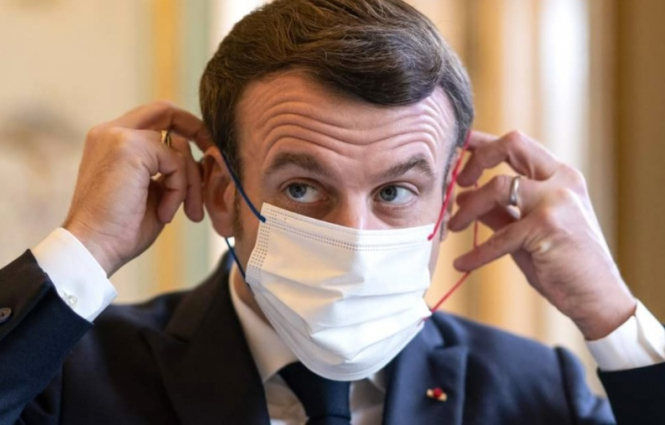 President Emmanuel Macron is to hold a meeting today (April 15), to discuss routes out of the Covid-19 crisis, including possible plans to reopen restaurant terraces and cultural centres from mid-May.

The meeting will be at 18:00, with around 10 ministers, and it will follow a videoconference discussion between Mr Macron and around two dozen mayors, picked to be representative of different areas of France and political views.

Today’s meeting is expected to include discussions on:

Health restrictions are currently expected to begin to be lifted from May.

It comes as the UK this week reopened outdoor pub and restaurant areas. It hopes to start reopening indoor areas from May 17 depending on whether health targets are being met.

President Macron is expected to reveal updates and plans agreed at today’s meeting in a TV address “before the end of April”, a source close to the Élysée said.

A ministerial adviser said: “We will do everything to ensure that the commitment [to these dates] is kept, because they are eagerly awaited, and we can no longer afford to disappoint.”

A return to “normal conditions” is therefore unlikely to be conditional upon definite numbers of cases or intensive care admissions.

Élysée sources said: “This ‘path of hope’ also shows that we have learned that everything is no longer based solely on unpredictable epidemiological data, but also on objective data.”

Economy Minister Bruno Le Maire told BFMTV: “May 15 is one of our hypotheses, but we are following the health situation. We make our decisions based on the way the virus is spreading.”

Mr Le Maire would not be drawn on a definite date for measures to ease, saying: “[If I knew that], then there would be no point having a meeting.

“Preparing to reopen means looking at the calendar and different activities, the health protocols that go along with the reopening. I want our reopening to be based on a solid health basis, which will ensure safety for the public and guarantees that we will not be forced to close everything down again.”

This suggests that the government is heeding the warnings of Professor Jean-François Delfraissy, head of the government advisory body le Conseil scientifique, who this week told TF1 that the epidemic was unlikely to disappear completely before at least 2022.

This is partly due to the emergence of variants, he said.

He said: “Will we come out of this crisis by summer? No. We will probably have a high circulation in autumn, but by then we will have a large proportion of the population vaccinated. I see a definitive exit to the crisis more likely by 2022.”

But Professor Delfraissy was reticent on how much the government will follow his predictions in making future plans.

He said: “On some points we are listened to, on others, less so.”

Difficult times for variants and vaccinations

Health Minister Olivier Véran is set to announce more plans for managing variants, including the virulent Brazilian form soon. In the meantime, France has suspended flights from Brazil “until further notice”.

Read more: France stops flights from Brazil: Why the Covid variant is worrying

The new presidential meeting comes amid a difficult time for the virus management and vaccination rollout.

The campaign to vaccinate teachers - which Mr Macron had said he wanted to launch by mid-April - has been delayed, while reports of blood clots continue to impact trust of the AstraZeneca vaccine.

The US suspension of the Janssen vaccine has also led to delivery delays of its doses to Europe.

Prime Minister Jean Castex is reportedly also planning a campaign to rebuild trust in the AstraZeneca vaccine among the public in France.

One adviser said: “There are a few grey clouds, but we are staying hopeful.”

Lockdown measures already appear to be having a positive effect in the places they were first imposed, including in Paris and the Alpes-Maritimes.

Government spokesperson Gabriel Attal this week said: “The virus is still actively spreading. The third wave is not yet behind us and we still have difficult days for hospitals in front of us. Yet, the measures are starting to have an effect.”

Covid-19 circulation going down in Paris, used water analysis shows
France lockdown: You can now go beyond 10km for (some) sport reasons