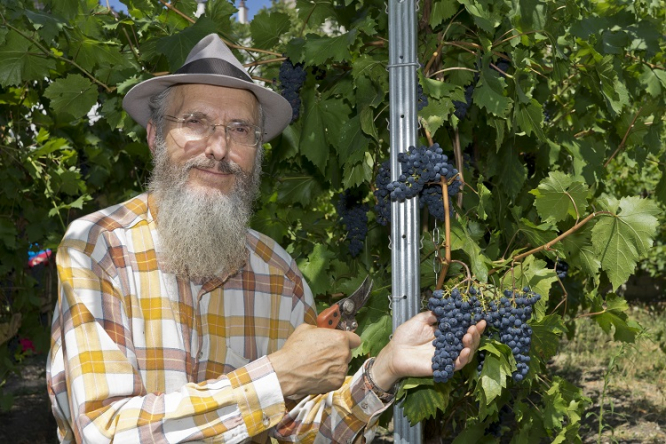 The European label Indication Géographic Protégée has been awarded for the wines.

In mid-October, standards for the Ile-de-France area are due to be judged by the Institut National de l’Origine et de la Qualité INAO, the final step towards allowing the wines to be sold commercially.

Patrice Bersac, who is president of the Syndicat des Vignerons d’Ile-de-France, told Connexion: “There is at least one winemaker who has taken a gamble and harvested a commercial crop this year in the expectation that the wines will be approved by the time it is ready for sale in 2020.

“If we get the approval, I expect there will be many more plantings and wines will be available in three years.”

After protests from winegrowers in the Champagne region, a corridor where commercial wines will not be grown has been established along the boundaries of the regions.

Work towards getting official recognition started around the year 2000, when Mr Bersac and friends, who had small private vineyards, became frustrated at not being allowed to sell surplus wine.

“Some of it was very good, and we became cross at the rules which meant we could not sell it.

“When we made inquiries and were met with a wall of regulations, we became even more angry and determined to get our wines recognised.”

History was on their side, because until the 1850s, the Ile-de-France region was France’s largest producer, making wines mainly for quick drinking in Paris. “Although much was made to be sold quickly and cheaply, there were some good wines, which competed with wines from the south,” said Mr Bersac.

“Then the whole business collapsed quickly from 1850, when tanker trains from the south started bringing cheaper wine up, disease hit the vines, and the region was in the front line for wars of 1870 and 1914-18.

“After 1918 there were hardly any commercial wineries left.”

INAO standards are being examined for white, rosé and red wines.

No fewer than 74 grape varieties are included but they do not include the newly developed  hybrid varieties, resistant to fungal diseases.

“It took years to draw up the standards and the hybrid wines came too late,” said Mr Bersac.

“They might be allowed later or people can use them now with exceptional clearances.”

Mr Bersac now runs an advisory business for people wanting to plant private vineyards to make their own wines.