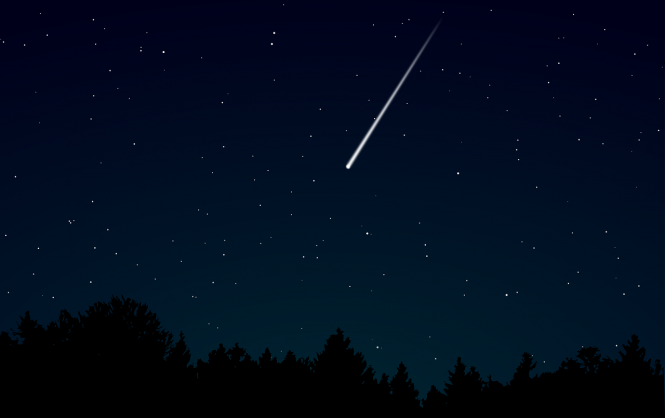 The researchers usually see between two and four meteorites enter the atmosphere every week, but are rarely able to track a landing with such precision
By Hannah Thompson

Scientists in the south of France are beginning work to find a meteorite that fell to Earth on February 27, and calling for any local residents to keep an eye out for any possible sightings of the rock.

The meteorite was detected by no fewer than nine cameras - and more than 80 public reports from across France - as it flew over the Gers department at around 22h45 on Saturday.

The cameras were set up by research network Fripon, which is connected to departmental stargazing and research units la Ferme des Étoiles and À Ciel Ouvert. Members of À Ciel Ouvert are trained to Vigie-Ciel standards, a participatory research programme that coordinates meteorite studies.

In this rare case, the meteorite was able to be tracked so precisely that researchers are now hopeful that they will be able to find the exact rock that landed near Aiguillon, in Lot-et-Garonne.

The associations usually see between two and four meteorites enter the atmosphere every week, but are rarely able to track a landing with such precision.

The rock was seen in the air for around five seconds, crossing over the Gers, between Fleurance and Marmande in the Lot-et-Garonne, and landing in the latter department.

Calculations suggest that the meteorite reached speeds of 21 kilometres per second - around 75,000 kph - and originally came from the asteroid belt between the planets Mars and Jupiter.

Estimates suggest that the meteorite weighed just 500g, and that only 150g of rock eventually made it to Earth.

Research on the ground will begin in the next few days, with researchers able to narrow down the search to a small area of just one kilometre square. The research must also conform to the current health rules in place, and any areas of private property.

Studies into meteorites remain one of the best ways for scientists to keep track of the solar system.

The researchers are also asking for local residents to keep watch for anything in the area that could be a sign of the meteorite, including “a sort of small pebble, around the size of an apricot” that may be black, with dull, blunt edges.

The research area is located in the Lot-et-Garonne, between Bourran and Aiguillon.

If you are in the area and see anything that could be of interest, you are invited to contact À Ciel Ouvert – Ferme des étoiles in Fleurance; or the Fripon lead Mickaël Wilmart, on mickaelwilmart@fermedesetoiles.fr.

What is the right way to say 'Mars landing' in French?