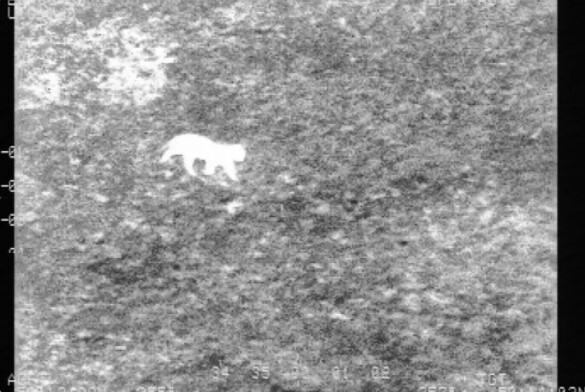 The search for a “big cat” first spotted near a village in Pas-de-Calais in north France on Wednesday (October 13) - and again near another village today (October 15) - is picking up pace.

The Gendarmerie of Nord and Pas-de-Calais notified the public on Wednesday that the cat had been seen on the edges of the village of Auxi-le-Château at around 18:30, heading in the direction of Frévent.

Around 20 gendarmes – alerted to the animal’s presence by a local resident – tracked it over the course of the evening but lost its trail.

This morning, the cat was seen in a field near the village of Ligny-sur-Canche, which is approximately midway between Calais and Amiens.

Around 60 gendarmes are at the scene and the RD 941 road between Ligny and Vacquerie-le-Boucq is closed. A helicopter has also been deployed to assist with the search.

“We are not sure that it is a lion or lioness,” the gendarmerie said, “but it is certainly a ‘big cat’.

“The local population are urged to be vigilant,” as the animal did not seem to be afraid of people. In order to “protect” the town’s inhabitants, “armed officers” may be deployed.

The French biodiversity agency, Office français de la biodiversité is helping to track the animal and determine its species by examining its faeces and its pawprints.

There is neither a zoo nor a circus in the area and the gendarmerie believe that it could be an undeclared pet.