Smart street lights trialled in Lyon only illuminate if someone passes 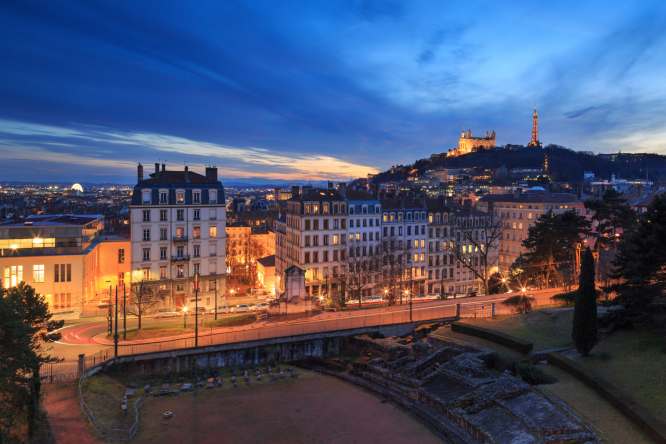 1000 lights have been changed in Lyon to the new system, with an industrial zone north of Limoges receiving the second trial as part of a thee-year experiment Pic: Sander van der Werf / Shutterstock

The LED system is in place in Lyon, with 1,000 lights changed in the residential Montchat area. Two systems have been trialled, which come into play from 22:00 to 5:00.

On main roads, the lighting is lower than normal and only increases for the period when a vehicle passes. On smaller roads, lights are set off by the movement of a pedestrian, cyclist or vehicle. The aim is to save 300,000kWh per year.

In April, similar technology was introduced in an industrial zone in the north of Limoges. If movement is detected, lights come on and then go off automatically once it ceases.

The area was chosen because it sees little traffic at night, making constant lighting unnecessary. It has been installed at a cost to Limoges Métropole of €220,000 as part of a three-year experiment.

Results will be studied by Cerema, the public research centre which analyses the effectiveness of local authority environmental policies. Several residential streets in Paris’s 15th arrondissement have had this type of lighting since residents voted in 2018 for the project to be financed by the budget participatif – a scheme in which residents vote on how to use a set amount of the council’s budget.

Lower levels of light also make it better for wildlife and, because the bulbs are a yellow/ orange colour instead of the more usual blue/white, it is less disturbing to residents’ sleep patterns.

It says this could be massively improved as more than half of the lighting is obsolete and uses more electricity than is necessary.

Around 40% of street lamps are more than 20 years old.