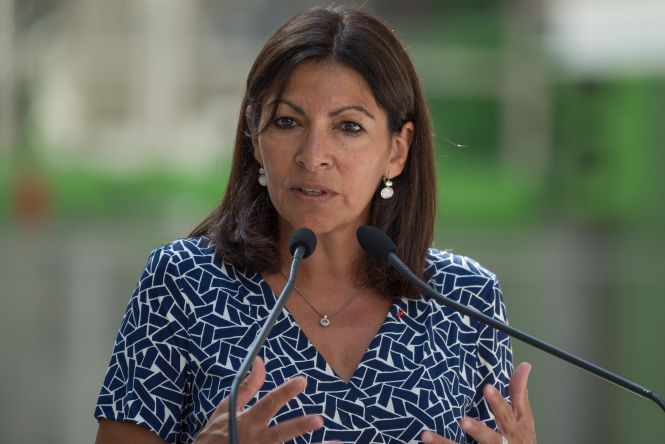 Ms Hidalgo had previously denied that she would run in the 2022 presidential campaign Pic: Frederic Legrand - COMEO / Shutterstock

Mayor of Paris Anne Hidalgo has declared her candidacy for the French presidential elections to be held in April 2022.

She will become the sixth candidate from the left-wing Parti Socialiste, pending an internal vote to approve her candidacy at the end of the month.

Ms Hidalgo, 62, made the announcement yesterday (September 12) to a crowd of around 300 in Rouen, Normandy – a location thought to be chosen to expand her base from the French capital where she is currently mayor.

The politician, who was born in Spain and naturalised in France at the age of 14, has been mayor of Paris since 2014.

Having denied she would run for the presidency in 2020, when she was re-elected mayor of Paris, Ms Hidalgo said: “Today I am ready.

“That is why, with this strong and welcoming team around me, humbly, and recognising the significance of the moment to make our hopes a reality in our lives, I have decided to be a candidate for the presidency of the Republic.”

Focus on environment and inequality

She used her 20-minute speech to outline some of the key points of her upcoming campaign.

These include tackling social inequality through measures including doubling salaries for some workers including teachers and “all people in contact with students”, which she estimated would be possible during a five year presidential term.

In her book, a political manifesto that will be released this week, she also proposes salary increases for “invisible” workers who “keep society moving” such as carers and checkout assistants.

Ms Hidalgo is known for being an environmentalist. During her time as mayor, she has made large-scale changes in Paris, such as pedestrianising the river banks of the Seine to reduce traffic and air pollution. She has also said that France should stop using nuclear energy “as soon as the development of sustainable energy allows for it”.

In her speech on Sunday, Ms Hidalgo drew a contrast between herself and incumbent president Emmanuel Macron.

She revealed a team of mayors from cities and towns around France who will work with her on her campaign, positioning her as a candidate who is connected to people’s daily lives as opposed to Mr Macron, who critics describe as an elitist leader.

She said of the president: “He should resolve social problems and he has aggravated them. He should protect our planet, and he has turned his back on environmentalism.”

Ms Hidalgo is currently polling at around 7-9% as a presidential candidate.

Her team hopes the political power and media appeal she already holds as mayor of Paris will increase her support in coming months.

On Sunday she followed up her morning announcement with a television appearance on the France 2 evening news programme, and later this week her new book Une Femme Française (A French Woman) will be released.

Ms Hidalgo will promote the book around France this autumn, allowing her to play a more prominent role outside the French capital, and – most importantly – meet more potential voters.

Carole Delga, president of the Occitanie region and member of her campaign team, told Le Figaro: “She is very natural with people and has a fluid and straightforward rapport with them equally well in a rural setting or in a central square in Montpellier.”
The presidential election takes place in April and will involve two rounds (April 10 and April 24) of voting unless one of the candidates wins an absolute majority in the first round.

President Emmanuel Macron has not yet announced he will run for a second term but is widely expected to do so.