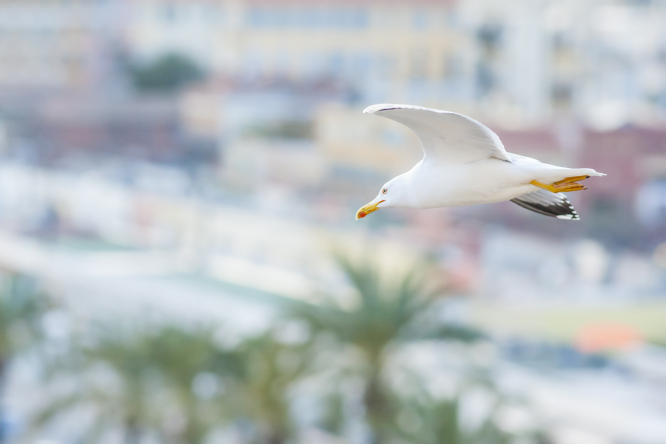 The city of Nice is running a trial into the use of solar-powered compacting bins near its beaches in a bid to stop overflowing rubbish which then attracts seagulls.

Three of the bins have been placed along the famous Promenade des Anglais and will be trialled for at least six months.

The compacting bins have a capacity of five to nine times that of the regular bins and are pedal operated.

Powered by solar energy, the bins should have no shortage of power on the sun-drenched Côte d’Azur and are connected to smartphones and alert refuse collectors when they need emptying.

Nice Mayor Christian Estrosi shared a video on Twitter showing how the bins work and revealing that if the trial goes well, the aim is to get rid of all the bins on the beach next year.

They will be replaced by 50 of these new solar-powered compacting bins located along the Promenade des Anglais.

In 2020, some six tonnes of rubbish was collected from the beach. The city also has at its disposal one depolluting boat with high pressure washer for spraying the beaches, as well as two boats for collecting floating rubbish.

February 2021 also saw an agreement signed as part of the citywide initiative to keep the streets clean, where seven McDonald's outlets would do twice daily litter picks for the next five years.