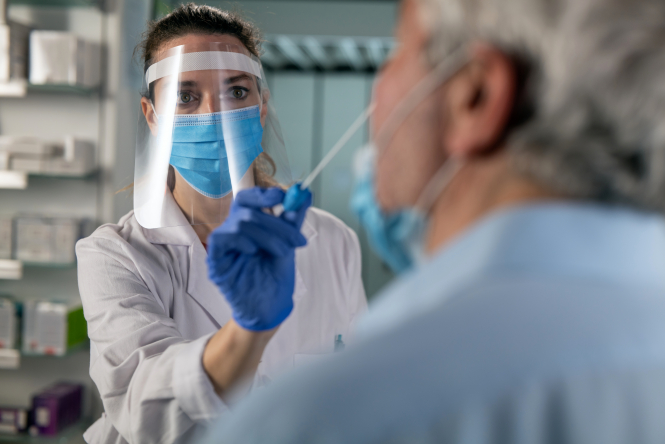 Only tests carried out by a medical professional will be recognised by the French health pass system from October 15 Pic: HQuality / Shutterstock

Two further updates to Covid rules in France have been announced, along with the publication of a large study into the effects of vaccination in the country. We summarise the key points.

1. Change to health pass and self-testing

From this Friday October 15, only PCR and rapid antigen tests results taken within the previous 72 hours and carried out by a health professional will be recognised by France’s Covid health pass system.

Results from self-tests carried out in the presence of a health professional – such as a self-test taken in a pharmacy supervised by a pharmacist – will no longer be accepted as proof of Covid status, the health ministry has announced.

In a statement the health ministry justified the change, saying that the self-testing method was introduced temporarily over summer “to support the introduction of the health pass”.

Self-tests done without the presence of a health professional will remain invalid for use with the health pass.

The change comes as fees for PCR and rapid antigen tests are to be introduced, also on October 15, for unvaccinated people.

Vaccinated people will also have to pay for so-called ‘comfort’ tests – such as for travel, or if they have no medical symptoms.

Tests for genuine medical reasons will continue to be reimbursed but non vaccinated people will need to have a prescription.

Read more: What will cost be when free Covid tests end in France on October 15?

From today (October 11), rules for wearing masks in schools will be lifted in 21 extra departments in France. This means primary school children no longer have to wear masks in the classroom.

Pupils in these departments will also be able to eat together, rather than at separate tables, and can play sports inside as well as outside.

This brings the total number of departments in which the rules have been lifted to 68.

The health ministry said the criteria for lifting the rules was that the department has an incidence rate (number of cases per 100,000 people over seven days) of under 50 for five consecutive days.

The rules remain in primary schools in 33 departments.

Two French studies into the effects of vaccination on the risk of developing a serious form of Covid have found that it is highly effective in preventing deaths and hospitalisations.

Researchers found that in both studies people experienced a “more than 90% reduction in the risk of hospitalisation” 14 days after being vaccinated with a second dose.

They found immunity against serious forms of the virus was maintained during the studies, which tracked people for up to five months who had been vaccinated with the Pfizer, Moderna and AstraZeneca vaccines.

The Johnson & Johnson vaccine was not included as it was authorised for use in France after the study had begun.

The impact of vaccination on the Delta variant was measured in the last month of the studies, from June 20 onwards, when the variant was becoming dominant in France.

The results were comparable to previous findings, with vaccines providing immunity against serious forms of the virus among 84% of people aged 75 and over and 92% of people aged 50-74.

The latest figures show that 50,555,192 people in France have received a first dose of Covid vaccine in France, equivalent to 87.7% of the eligible population (Currently, vaccinations are not open to the general public for 11 years old and under)

Covid: French health pass to continue until at least November 15