The 10 most expensive cities to park your car in France 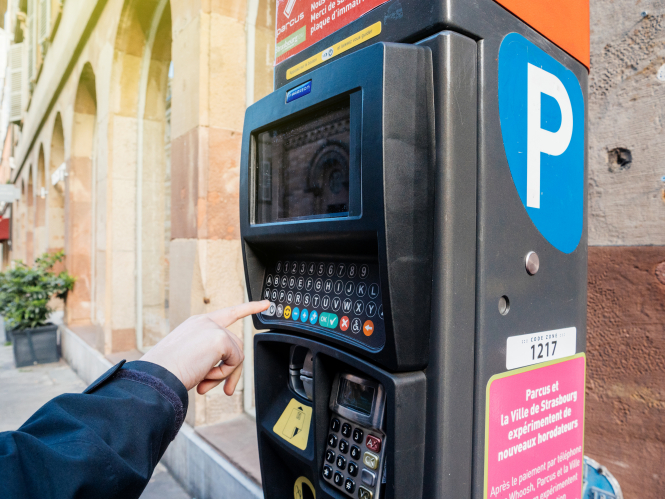 The average hourly cost for parking a car in one of France’s most expensive cities has risen to €2.18 – but fees are not the same across the country.

Here are the most expensive places in France to park your car, from lowest (number 10) to highest (number 1), as listed by CNews.

These are calculated bearing in mind the hourly parking rate, and any penalty fees for staying longer than the maximum time limit.

A driver in Strasbourg pays €1.40 per hour on average for parking, with a €35 penalty for overstaying in a parking space (forfait post-stationnement, FPS) applied by authorities in Alsace.

The maximum amount of time allowed in a parking space varies between three zones in the city.

The Hauts-de-France préfecture has increased the hourly rate for parking to €2, with a five-hour limit on using parking spaces.

Those who stay longer must pay an FPS of €17.

While hourly parking in Montpellier costs the same as in Lille – €2 ­– more expensive penalties for overstaying in a parking space have pushed the southern city into eighth position.

Maximum use of a parking space is set at five hours and FPS is €33.

It’s a similar story in Lyon. While street parking costs €2, FPS is set at €60, making it the second highest of all cities in the top 10.

However, parked vehicles are given generous time allowance before owners must pay a penalty – maximum use of a parking space is 10 hours.

At a glance, parking rates in Marseille appear to be some of the cheapest on the list. Hourly rates are €1.50 and FPS is €17.

However, maximum limits of just four hours for using a parking space bring the city into sixth place.

Four-hour parking limits are also in place in Rennes, where hourly parking costs €2.

In Nantes, hourly street parking rates rise to €2.30 for a maximum limit of four hours.

The penalty fee for overstaying in a parking space is €34.50.

Joint 2 and 3: Bordeaux and Grenoble

Bordeaux and Grenoble are in joint second and third place.

In both cities, hourly rates rise again, to €2.50 for four consecutive hours of street parking, with a €35 fine for people who stay beyond the limit.

In first place, perhaps unsurprisingly, is Paris, with a significant lead over the other French cities on the list.

The average hourly cost for parking in the capital is €5, bearing in mind the city’s two parking zones.

Maximum limits for staying in a parking space are more generous than in some cities at six hours, but the penalty for overstaying is €75 making it the most expensive on the list by €15.

What do you do if a parking meter isn’t working?

If the meter itself does not specify what to do in case of a broken machine, in many cities, such as Paris, you unfortunately (at least in theory) still need to pay, usually by seeking out another meter close by.

The only way to avoid fines for certain is to not park there, and to find a meter that is working.

However, if you receive a fine and you wish to contest it, the Conseil Constitutionnel last year ruled that drivers now have the right to do this before paying.

Parking fines, including appeals, can be processed and monitored via the dedicated French website ANTAI, here.

What allowances for disabled parking exist in France?

France uses the EU parking ‘blue badge’ scheme, which enables people with disabilities to park in specified spaces when displaying the badge clearly from their vehicle.

To get a badge in France, you need to apply for a carte mobilité inclusion – CMI-Stationnement. This card allows you to park for free in many areas, as well as overstay parking time limits if needed.

The CMI replaces the previous parking card (carte de stationnement). Yet, if you have an old card, it will remain valid until December 31, 2026, after which you will need a new one.

You can apply for a CMI at your local mairie.

There are three types of CMI - Stationnement, Priorité, and Invalidité (parking, priority, and disability). More information on the different CMIs, what they enable you to do, and the eligibility criteria can be found on the dedicated website here.

The ‘blue badge’ parking scheme is not to be confused with ‘zone bleue’, where parking may be free for one hour at certain times of the day, for anyone with a residents’ parking disc, available from the local mairie.

What is the arrangement across the EU and/or into the UK?

The UK used to be part of the EU Blue Badge scheme, but negotiations are now taking place to determine how this will work after Brexit.

Currently, you can use a UK Blue Badge in some European countries. These include Liechtenstein, Norway, Switzerland, Belgium, Germany, Malta, and more.

However, this does not apply in France (or Spain, or Portugal and many others). The UK government advises people to check with the French Embassy for more information.

A full list of countries that accept the UK Blue Badge for disability can be found on the UK government website here, with some advice for what to do for each country also given.