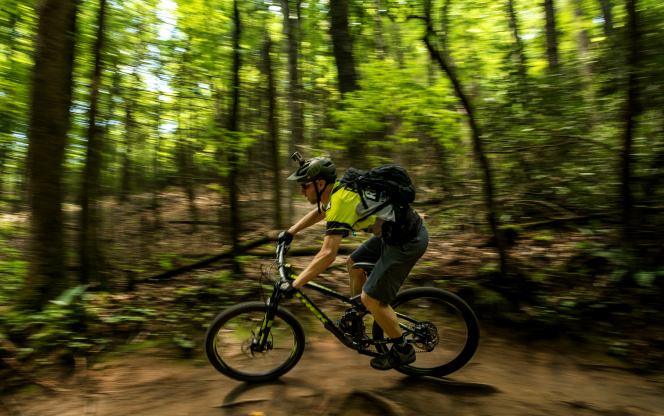 Hikers, mountain bikers and motocross riders venturing into the French countryside are advised to watch out for hidden traps that can cause serious injury and even death, after it has emerged that some have been set up to deter people from venturing into the areas.

It is thought the traps have been set by people in the countryside who don’t wish to share their rural spaces – notably hunters. They include cables tied across pathways, planks of wood studied with nails buried in the ground or hidden under leaves, and shards of glass.

The problem has worsened since the rise in popularity of bike riding in France following deconfinement in May.

Interior Minister Gérald Darmanin said such incidents “follow a rise in the number of bikes in circulation, making cohabitation difficult for locals, hunting associations and other users of woods and forests”.

In Ardennes, Grand Est, local newspaper L’Ardennais reported that a mountain biker in his 40s got caught by a wire trap, one metre above the ground. The newspaper reported: “The wire was attached between a fence and a tree at the bottom of a large hill, in order to cause damage.”

The cyclist was riding at 40kmph on a certified pathway when he was tripped by the wire. He said: “I was seriously injured in the ribs. I’ve got a lot of bruises. But I’ve come out of it well, because for the speed at which I was going, I’ve got minimum injuries.” He has filed a complaint with the local police department.

Charles Péot is director of le Collectif de défense des loisirs verts, which represents 300 sports associations and professionals in France. He said: “In just under 20 years, we have counted 53 accidents linked to these types of traps in France. They have injured 43 people who practice outside sports, 10 of whom have died.”

Mr Péot added: “These kinds of accidents are just the tip of the iceberg. Many victims do not make the link between their accident and a possible trap. Others are dissuaded from reporting incidents by the police. In reality the number of malevolent acts is much higher.”

Senator for Belfort, Bourgogne-Franche-Comté, Cédric Perrin has called on the government to take action against the dangerous traps. He told news source Le Figaro: “I am aware that dialogue is a major element for smoothing tensions between pathway users, but the government must impose concrete measures to avoid the spread of such acts, and make sure that people who set traps are identified and pursued.”

The ministry for sports has said it is “aware of the situation” and is “taking hold of the subject”, without giving further details.

Police forces are also monitoring the situation. A spokesperson for the national police told Le Figaro: “To help prevent misdemeanours in over 5,600 communes, we have placed trust in the heart of communities thanks to citizen points of contact who inform us of locations where owners are uncooperative about removing dangerous, un-signposted obstacles on hiking paths.”

The police are also working with agents from the national forestry office and the national biodiversity office.

However, so far, few perpetrators have been convicted. National criminal records show only six such events recorded from June 2018 to December 2019, in the Auvergne-Rhône-Alpes, Grand Est and Hauts-de-France regions.

The national police spokesperson offered this explanation: “It is highly likely that victims did not alert the police to such incidents, because it is not always obvious that a fall was caused by a trap after the accident has happened.”

Do hunters in France have to put up signposts?

How to join a hiking club in France