Court to decide if France should stop lockdown for vaccinated people 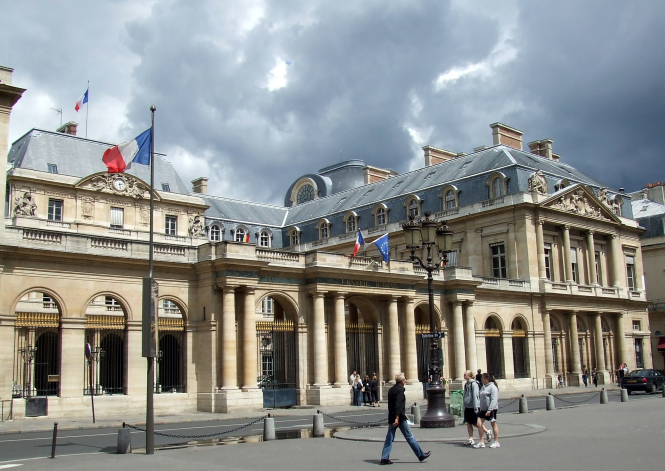 The man has submitted a plea for greater freedoms to the Conseil d’Etat, where is it being considered
By Joanna York

An 83-year-old man has submitted a plea to French authorities to stop stricter Covid rules applying to people who have been fully vaccinated.

The pensioner has received two doses of the Pfizer vaccine and lives in Ile-de-France, one of the 19 French departments currently under stricter rules to stop the spread of the Covid-19 virus.

The man submitted his plea on the grounds of fundamental liberties to the Conseil d’Etat, France’s supreme court for administrative justice.

His lawyers, Diane Protat and Henri de Lagarde, said the man felt his right to freedom of movement was being limited by the rule that prevents people going more than 10km away from their home in place in departments under stricter rules.

Mr Lagarde told newspaper Le Figaro: “A third confinement has been put in place to give two outcomes: preventing the transmission of the virus, and avoiding overflow in intensive care.

“Confining people who are vaccinated doesn’t help achieve either of these aims.”

In the plea, the lawyers wrote: “As people who are vaccinated do not present the same risk as unvaccinated people, they should be treated differently: There is no health reason to justify their confinement.”

But Health Minister Olivier Véran has opposed the plea in a statement, pointing out that vaccines only offer partial protection against the virus.

After two doses, the Pfizer vaccine offers 95% immunity against the virus, Moderna 94.1% and AstraZeneca 82%.

But this protection may be “less effective” against new Covid-19 variants, Mr Véran said. As new strains appear they “could cause reinfection among people who have already been contaminated with Covid-19” he said, including those who have been vaccinated.

He added that, if they did get reinfected, people who have been vaccinated in France so far “are also those who are at the highest risk of developing serious forms of the virus and dying”.

And as vaccinated people can still catch the virus, they can also transmit the virus, and may be especially likely to do so if they are asymptomatic, the health minister said.

He concluded: “There is no justification for exemption for vaccinated people.”

Decision expected by end of the week

At a hearing on March 30, the Conseil d’Etat asked the government to provide figures detailing the risk of vaccinated people getting reinfected with the virus.

A decision from the legal body is expected by the end of the week – but even if the legality of the plea is accepted, complicated questions will remain about the logistics of allowing vaccinated people greater freedoms.

Police and other authorities would need a method of checking whether people have been vaccinated or not, and it would be a socially difficult measure to enforce, as not everyone in France has had equal access to the vaccine yet.

The government strategy was to vaccinate those most vulnerable to the virus due to their age or health first.

This should be achieved by mid-April, when the government aims to have vaccinated 10 million people.

Question must be answered sooner or later, lawyer says

This comes as digital health passes, which will contain information about people’s vaccination status, are expected to be introduced in Europe in June.

In light of this, Mr Lagarde said: “The question of distinction [between people who have vaccines and those who don’t] is going to be asked.”

He added that people in their 80s and 90s who had been vaccinated “have little time left. We have to let them live well at the end of their lives”.