‘Very difficult’ conditions for road travel in France on Saturday 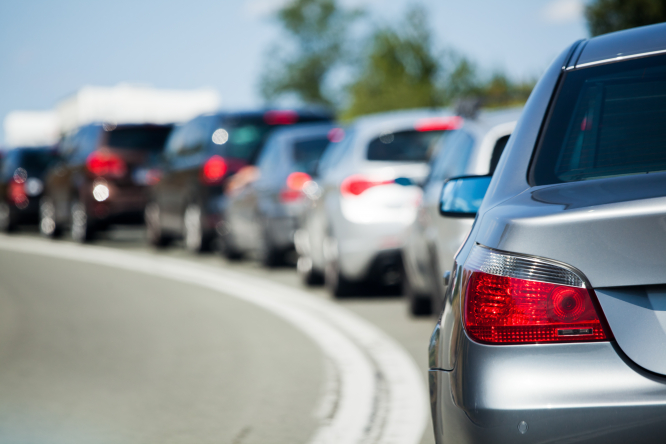 Summer holiday traffic will be at its heaviest on Saturday, although some hold-ups should also be expected on Friday and Sunday. Pic: Christian Mueller / Shutterstock

Road traffic will be particularly heavy this Saturday, August 14, across the whole of France, according to the government’s traffic monitoring service, Bison Futé.

On this second weekend in August, half of France’s aoûtiens - August holidaymakers - will be returning from their travels, while the other half will just be setting off.

Bison Futé predicts that travelling will be “very difficult” for those coming home from holidays across all regions of France on Saturday, and for those heading for breaks in the south and west.

Drivers are encouraged to avoid Île-de-France after 14:00 and are advised that those wishing to access Italy via the Mont Blanc tunnel should be prepared for a 30-minute delay if travelling between 12:00 and 15:00.

Holidaymakers returning to France through this tunnel should try to do so before 10:00 or after 21:00, as at peak times delays of up to two hours are expected.

The traffic will be at its worst on the A10 around Bordeaux, the A7 between Lyon and Orange and the A9 between Orange and Narbonne.

What about on Friday 13?

On Friday, those setting off on holiday will only experience hold-ups if heading for the south east, or if travelling in the early evening, around 18:00.

Drivers are advised to avoid cities after 12:00, as well as the A7 between Lyon and Orange, the A8 around Cannes, the A9 around Nîmes, Montpellier and Narbonne, the A61 between Carcassonne and Narbonne and the A62 between Toulouse and Agen.

The Mont Blanc tunnel will again be very busy in the afternoon and evening.

Bison Futé predicts that Sunday will be the best travelling day for those going on their holidays, as road use is expected to be at normal levels for the whole day.

Those returning will hit traffic no matter where they are in France, although it will not be as heavy as on Saturday.

Motorists on their way home from holiday should try to avoid travelling through Île-de-France after 14:00.

Those wishing to pass through the Mont Blanc tunnel without a delay should try to do so before 11:00 or after 21:00.

8 hours ago
5
What income must Britons show for a six-month visitor visa for France?