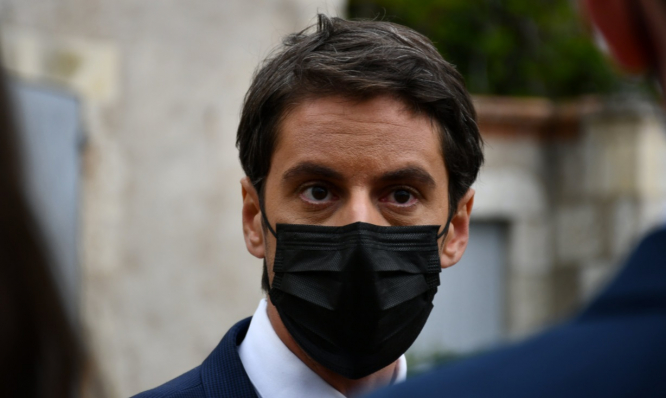 The most at-risk people in France must still be prioritised to receive Covid jabs, the government’s spokesperson has said, calling for “solidarity” from local groups that are aiming to widen the campaign.

Gabriel Attal told news channels Europe 1-Cnews-Les Echos yesterday: “France has a limited number of doses we can receive. Our priority is still to protect the most at-risk.

“We still have several million people considered as priority who are waiting for a vaccination.”

His comments come after several local initiatives have sprung up across France to offer 'spare' vaccinations to people who are not yet eligible for them according to the government’s official timeline.

These groups – including in Côte d’Azur, Corsica, and Marseille – say they are aiming to reduce vaccination waste and widen the campaign.

However Mr Attal said: “We need a bit of solidarity. The Alpes-Maritimes had a more difficult health situation earlier than in the rest of France [and] we sent them more doses.

“Please find the priority people who have not yet been vaccinated [especially] older people who live alone.”

He said that some local initiatives were helping in this regard, including providing buses to transport these at-risk, more isolated older groups.

Read more: Covidliste: Over 500 people in France get jab with spare Covid doses

Mr Attal defended France’s vaccination speed, saying that the government would “achieve our goals” when it comes to vaccination numbers.

He said: “Twenty million people [will have received at least one injection] by mid-May, and 30 million will by mid-June.”

At this point, he said, “we will be able to extend our offer to everyone aged 18 or over”.

It comes amid criticism from the head of the socialist MPs, Valérie Rabault, who told France 3: “We have the same doses as our European partners but we are vaccinating more slowly. We are well behind Italy, Spain, and Germany.”

She said she wanted there to be “a simple rule”, with “vaccination for over-40s from May 10 or May 17”, and “leaving doctors free [to vaccinate] patients aged under 40 who have underlying conditions”.

Currently, vaccination in France is open to everyone aged 55 and over, and all people aged 18 or over with underlying conditions – or jobs – that put them more at risk.

Mr Attal said: “We have a strong strategy [for achieving our dose objectives] which is one of the most important conditions for taking control of the epidemic.”

Mr Attal also thanked the public for “making an effort over these past few weeks, allowing us to gradually take control of the epidemic”.

His comments came one day before the timetable to end lockdown restrictions in France began. From today (May 3) there are no longer any limits on travel within France although the curfew from 19:00 to 06:00 is still in place.