Cookie Consent by FreePrivacyPolicy.com When can British and other non-EU tourists come to France? French News and Views in English | The Connexion
8 may 2021
Classifieds Currency exchange Newsletter
Login Register BASKET
Facebook Twitter

When can British and other non-EU tourists come to France? 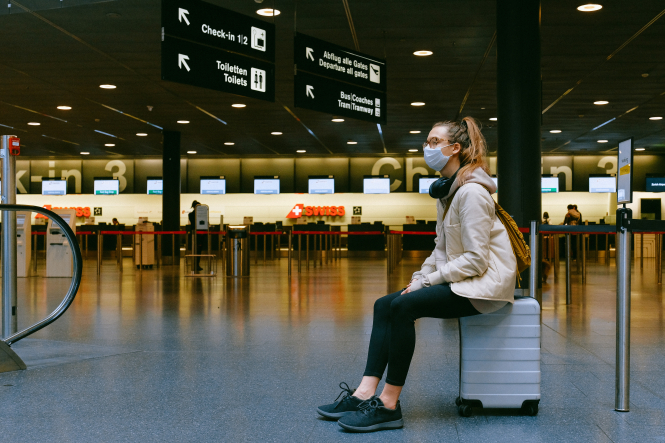 From June 9 it will be possible for tourists from non-EU countries to come to France for holidays on conditions linked to their proof of health status, President Macron has said.

It comes as tourist travel from the UK to France and other countries is expected to be allowed from May 17, although this could at that stage still be subject to Covid test and voluntary self-isolation rules in France. These conditions are expected to change in June.

The European Commission has also advised rapidly opening up to non-EU tourists, based on either full vaccination or the visitors coming from a country where the Covid pandemic is considered to be under good control.

At present tourism between EU countries is allowed subject to tests and self-isolation in many cases.

However, tourism from most non-EU countries into France is currently banned and all arrivals (including visitors from a handful of permitted countries and French residents coming home from elsewhere) are asked to undertake a voluntary seven-day period of self-isolation after entering France. This is followed by a PCR Covid test and, for some, an obligatory ten-day isolation period.

The EU at present only recommends allowing visitors from a very short list of non-EU countries, which does not include the UK. This list was last updated at the end of January and includes: Australia, New Zealand, Rwanda, Singapore, South Korea, Thailand and, subject to reciprocity, China.

Despite this, France has already unilaterally permitted visits from the UK based on the UK’s low case numbers and high vaccination rates, although arrivals must present a negative Covid test and are subject to the voluntary health restrictions outlined above. However tourism from the UK is not currently allowed under UK rules limiting foreign travel to reasons deemed urgent or essential by the UK.

The signs are positive for this to change by May 17 under the UK’s rules and also for further relaxation by France by June 9, with no need for self-isolation for those able to show certain health criteria.

What did President Macron say?

Mr Macron has stated that foreign tourists will be able to enter France from June 9 linked to the presentation of a pass sanitaire – health pass. However full details of this have not yet been revealed.

Digital health passes, also expected to be used in France for attending large events, are expected to be linked in with France’s TousAntiCovid app and to an EU-wide ‘digital green certificate’ scheme that is being developed. The latter is intended to be a standardised way of proving that a person has had a recent negative approved Covid test, or has been vaccinated with an EU-approved vaccine, or has recovered from having the illness.

More details about France’s plans are to be announced next week by Prime Minister Jean Castex, however it is not known what would be accepted from a non-EU country as being equivalent to the ‘health pass’.

What are the EU recommendations?

The EU Commission has made proposals that people should be able to enter the EU for tourism from non-EU countries if they can show they have received a final dose of an EU-approved vaccine at least two weeks before travel.

It has also recommended the same for all travellers from countries where the epidemic is under good control.

It has recently been using a maximum of 25 infections per 100,000 in the last 14 days as a key part of criteria for judging whether a non-EU country is safe.

On the last recommendation by the European Council, dating from the end of January, only those from seven countries, not including the UK, are officially deemed safe by the EU to visit for non-essential reasons.

The Commission is proposing to increase the maximum new case level from 25 to 100, meaning the UK is likely to qualify. The latest data by the European Centre for Disease Prevention and Control places its 14-day rate at 47.32. For comparison the US is at 258.9.

Even so, it says that reciprocity for EU travellers should also be taken into account when adding countries to the list.

Reuters quoted an EU official as stating they hoped to have the changes in place “before mass summer travel starts”.

Individual EU countries would be encouraged, but not legally-obliged, to follow the EU rules.

The EU Commission hopes to have an EU-wide coordinated policy on ‘digital green certificates’ in place before the summer as a way for people to prove their health status for travel purposes.

It has also stated its interest in working with non-EU countries for recognition of equivalent ‘certificates’. The UK is known to be working on its own version, but The Guardian reports that UK/EU talks on reciprocity have not started, whereas UK talks with the US are said to be “at an advanced stage”.

What about the UK’s rules on travel to France?

The UK is to use a ‘traffic light’ system to regulate requirements for foreign travel, linked to the level of obligations placed on travellers when they return to the UK.

More detail as to how countries will be colour-coded is expected to be released imminently, although UK Prime Minister Boris Johnson has already confirmed that he expects some foreign travel to resume from May 17. At present UK residents may not travel abroad unless for an approved urgent reason.

The Guardian quotes “senior government sources” as saying there could be fewer than ten countries designated as ‘green’ from May 17, being countries from where people will be able to return without needing to undertake a period of quarantine. Countries would be designated green based on factors such as case and vaccination numbers and rates of Covid variants.

Even so, a negative Covid test before returning and another on or before day two after arrival is still expected to be required.

Those coming from ‘amber’ countries will still have to undertake a quarantine period at home for eight days after arrival and undertake an additional test at the end of the period. Meanwhile, coming from ‘red’ countries, as with the current ‘red list’, will require a period of quarantine in a hotel.

UK press reports suggest France is most likely to be on the amber list initially, however government sources quoted by The Telegraph stated the lists would be reviewed every three weeks and it is thought France could be among those designated green before the end of June.

Will Britons need a health pass to visit France