Which supermarkets in France have the most offers, deals and promos? 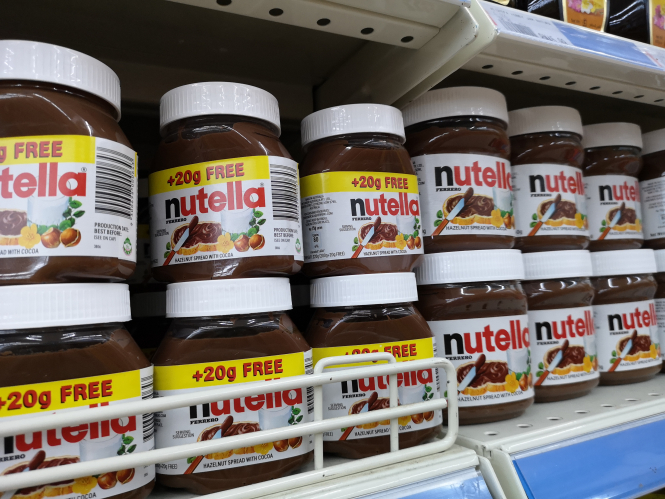 The Intermarché group hit headlines in 2018 for selling chocolate spread Nutella at 70% off, but a new ranking shows its promos are now within legal lines Pic: Firdaus Khaled / Shutterstock

French supermarket chain Intermarché offers the largest number of deals and discounts in-store, a new ranking has found, days after 75% of people said they feel their spending power has dropped.

The ‘Les Mousquetaires’ retail brand came out top on a new ranking by supermarket catalogue company Tiendeo. The ranking compared the number of promotions offered by different brands in France across all supermarket sectors.

It found that Intermarché had sold 11.9% of its products on promotion between October 2020 and October 2021, a total of 400,000 products, Le Parisien calculated.

This was followed by the Casino supermarket group, which had offered deals on 10.3% of its products.

This puts Intermarché and Casino far ahead of its competitors, including Super U (5.6%), Leclerc (5.4%), and hypermarket (of the same group) Géant Casino (5,1%).

The brands Carrefour and Lidl barely featured on the ranking. The first has used deals and promotions much less in the past year, and Lidl rarely uses extra promos on top of its usual price cuts.

And while popular brand Leclerc came in fourth place, it has noticeably been using fewer deals and discount offers to entice customers, Tiendeo said, preferring to improve its wider product selection.

It comes more than three years after Intermarché hit headlines for selling chocolate spread Nutella at 70% off, which caused mini riots in stores across the country. The brand was later fined €375,000 after an investigation found it had broken discount rules.

Since then, in 2018 France has also introduced the ‘loi Egalim’, which limits supermarkets to discounting products by a maximum of 25%, to ensure that manufacturers always receive payment.

Tiendeo found that the supermarkets studied have largely been sticking to the law.

The ranking also comes just days after a nationally representative poll found that 75% of people in France feel that their spending power has gone down this year, and some manufacturers have warned of rising costs and shortages across a variety of goods.

The rise of ‘Shrinkflation’

It comes as food manufacturers have been accused of ‘shrinkflation’ by food association Foodwatch.

‘Shrinkflation’ is the practice of charging the same for products while reducing the bottle or packet size, in order to make it appear that prices have not increased.

Products found to have ‘shrunk’ include Kiri soft cheese (18g now compared to 20g before), Tropicana soda (900ml versus 1 litre), and Nestlé cooking chocolate (205g versus 250g) amongst others.

For their part, manufacturers are not forthcoming on the subject. Nestlé did not wish to comment. Nor did the professional bodies.

''Manufacturers who think that consumers will not see it are quite often mistaken," says Pierre Chandon, marketing professor at Institut Européen d'Administration des Affaires (INSEAD).

''I'm not convinced that it's always in the interest of manufacturers. One of the problems is that as a consumer, we tend to think that quantities are fixed, whereas they are not.''

However, "it is not an illegal or immoral process," adds Pierre Chandon.

Which products are – or could be – hit by stock shortages in France?
Supermarket deals, apps: How to find the best petrol prices in France
75% of people polled in France feel their spending power has dropped