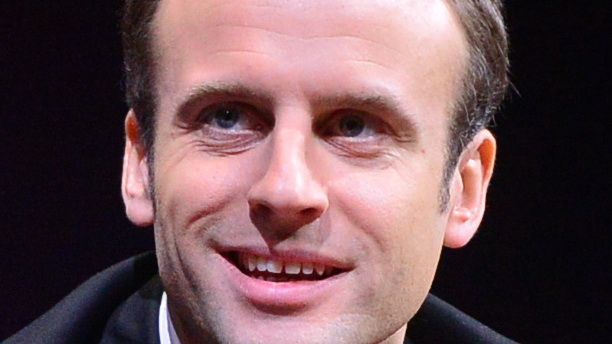 President Emmanuel Macron said the UK had taken a big risk in the referendum by asking voters to answer "yes or no on a very complicated subject".

In a wide-ranging interview on the BBC's Andrew Marr Show during his first visit to the UK as France's head of state, Mr Macron described the 2016 referendum as a "mistake" but added the UK could still change its mind.

"I do respect this vote, I do regret this vote, and I would love to welcome you again," he said.

Mr Macron repeated the warning that the British government could not cherry-pick benefits of EU membership - and said it was important not to let people believe that they could. But he also admitted the French would "probably" have voted for 'Frexit' if they were presented with a similar yes/no question in a similar political situation.

“Yes. Probably. In a similar context," he said, when challenged directly by interviewer Andrew Marr. "But our context was very different, so I don’t want to take any bets.

“You always take a risk when you ask in a referendum yes or no on a very complicated subject.”

Mr Macron said he believed the vote to leave the EU was driven by the middle and working classes, and older people, who had "decided that the recent decade was not in their favour".

"When I look at your debate it was too much favourable just for the City and less favourable for the rest of the country," he said.

"As soon as you decide not to join the [EU] preconditions, it's not a full access.

"What is important is to not make people believe that it is possible to [have your cake and eat it]."

He added that full access to the EU for the UK's financial services sector was "not feasible" outside the single market. But he insisted he did not want to "unplug" the City from the EU, adding: "It doesn't make sense, because it's part of the whole financing of our European Union."

11 hours ago
2
French farmhouse renovation: DIY tricks to get rid of rats