How you can help Australia's firefighters 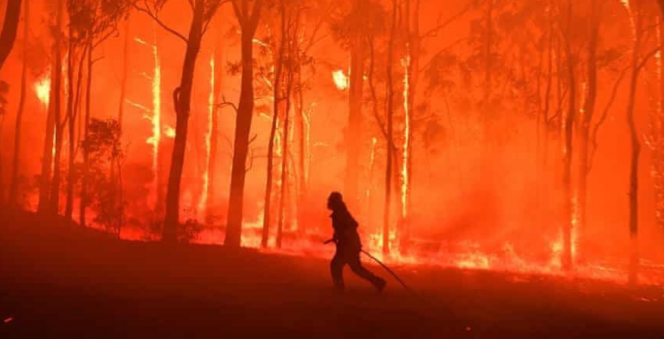 France has offered to help Australia fight the devastating wildfires that have been ravaging the country for weeks.

In tweets in French and English, President Emmanuel Macron said on Sunday that he had contacted Australia's Prime Minister Scott Morrison by telephone to offer French assistance to the country's exhausted firefighters, as well as help evacuees whose lives have been ruined, and preserve the environment.

I express our solidarity with the Australian people in the face of wildfires that are currently ravaging their country. I called @ScottMorrisonMP this morning to offer immediate French operational assistance to fight fires, protect affected population and preserve biodiversity.

These fires, fanned by scorching temperatures, have killed 24 people and destroyed more than 5.25 million hectares of land. The Australian government announced on Saturday the mobilisation of army reservists to assist firefighters.

I don't know how I could ever begin to describe how catastrophic these fires are right now in Australia to the rest of the world...
My country is BURNING. We've seen bushfires but nothing like this.
Please spread the word, people need to know. #AustraliaOnFire #AustralianFires pic.twitter.com/xZLOSrFmJG

Individuals who want to help can make donations to disaster appeals set up by the Australian Red Cross and Salvation Army, or support local firefighters directly.

The catastrophic fires, the worst drought in history and record high temperatures are taking their toll on native wildlife. The NSW Wildlife Information, Rescue and Education Service (WIRES) website has links for donations.

My sister providing safety for a scared possum while fighting fires has me all #AustralianFires pic.twitter.com/gebzW7NDIE

One animal rescue centre has been overwhelmed by support for its crowdfunder to care for koalas injured in the fires.

The Port Macquarie Koala Hospital wanted to raise $25,000 to care for animals following fires in the area. It has received nearly $4million from all over the world. If you want to make a donation, click here.

Nearly 500 million animals have been killed in the #AustralianFires this is devastating pic.twitter.com/KdpgxzBa5d