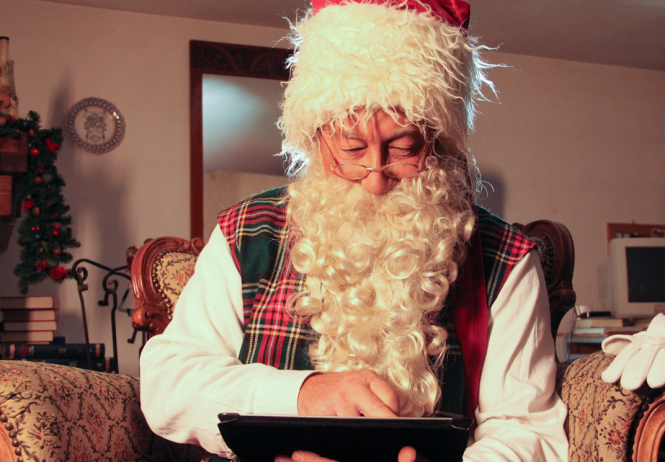 Children in France have until December 17 to write to Père Noel if they want to receive a reply.

Santa’s French administration office opened on November 6 to begin the process of reading letters sent to him each year by hundreds of thousands of children.

The tradition was started by a postal worker from Veules-les-Roses (Seine-Maritime) who, in the 1950s, decided to ignore the usual practice of having letters addressed to Père Noel destroyed.

The normal procedure had been to send them on to a national facility which dealt with mail that is undeliverable as the address is invalid and there is no return address so it cannot be returned to the sender.

Instead Magdeleine Homo started to open the letters and reply to them, although it was against the rules. She knew all of the children in the village personally and so she was able to add personal touches to the letters.

As the amount of letters being sent to Santa grew, she asked parents, teachers and the postmen for details about the children to help her to keep the letters specific to each child. She would use old stamps on the letters and write “par avion” so that the letters looked authentically well-travelled.

Mrs Homo replied to the letters herself until the amount she received became too much for one person to handle anymore, at which point La Poste decided to make her idea official and created Le Sécretariat du Père Noël in 1962.

Another woman, named Odette Ménager, also had started replying to letters that children had sent to Father Christmas during her work for La Poste in Nueil-sur-Layon (Maine-et-Loire) between 1948 and 1956. However, she kept her work a secret, for fear of being reprimanded. Her annual festive work was only discovered after her death in 1977.

Today the service employs around 60 people to act as ‘Santa’s elves’ to respond to the letters. There is now also a website where children can email Santa, as well as play games and learn about Christmas in other parts of the world.

Last year, the service received 1.2million letters from children living in 132 different countries worldwide, compared to just 4,000 sent in 1959. The website also sent out 94,000 emails to the children who had chosen to write to Father Christmas online.

Anything written on the envelope that is “Father Christmas” or “Santa” related will be enough to indicate to the Post Office that the letter needs to be sent to Santa’s secretary in Libourne (Gironde).

Responses from Father Christmas in all forms are free, you just need to remember to include a return address.