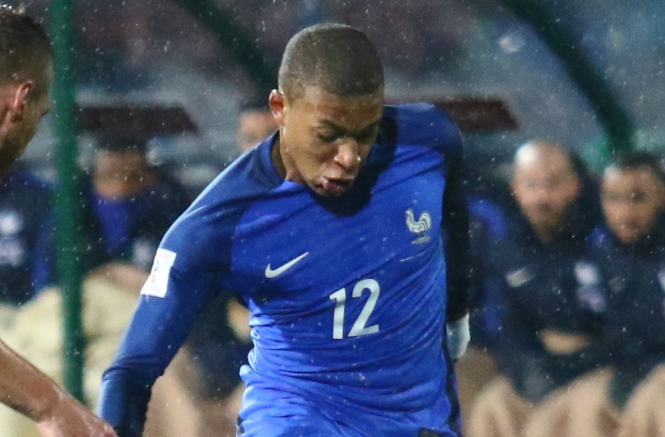 Every one of France's World Cup stars are donating at least part of their tournament bonuses to charity.

The Fédération française de football (FFF) said that a third of any prize money earned during the tournament in Russia would go to the players. In reaching the semi-finals, they have already earned themselves an extra €150,000 each.

Victory over Belgium on Tuesday would see that sum rise to €280,000.

But, they have all decided to give some of those earnings to charity, as the squad follows the example of Kylian Mbappé, who has scored three goals in the tournament so far.

Mbappé has officially signed for Paris Saint-Germain this summer on a four-year contract, after spending last season on loan at the club from Monaco as part of a €180million deal agreed between the clubs at the start of the 2017/18 campaign.

The 19-year-old is donating every cent of his World Cup bonus to the Premiers de cordée association, of which he is a patron. The charity works to raise awareness of disability issues in schools and business and also arranges sports-related events for children with disabilities or who are in hospital.

FFF boss Noël Le Graët told Journal du Dimanche that Mbappé's parents had told him before the tournament that the player earns enough money not to need the World Cup bonus.

Mr Le Graët added that members of the French squad quietly do a lot for charities and good causes without seeking publicity. He pointed out that Marseille winger Florian Thauvin, who regularly visits sick children at hospital in his home town.