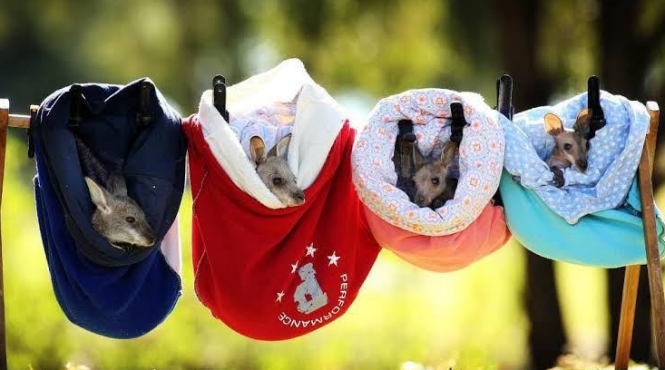 A zoo in southwest France has called on nimble-fingered people with a spare moment or two to make pouches for baby kangaroos that have been orphaned by the wildfires ravaging Australia.

The Australian Park, Carcassonne, has put out the call for handmade pockets for the orphaned joeys and other animals, in partnership with Australia's Animal Rescue Collective Craft Guild.

Huge bushfires have been burning across a massive area of south-east of Australia since September: eight million hectares (80,000 km²) is on fire, almost 10 times the size of Corsica - and three times larger than the 25,000 km² destroyed in the Amazon last summer. Almost 2,000 houses have been destroyed, and more than 500million animals killed.

Carole Masson, who owns the park which is home to some 50 kangaroos, told regional newspaper La Dépêche du Midi: "It's a real tragedy, as much for humans as for animals, and the least we can do is to try to help."

A pdf of instructions, in French, is available on the Australian Park website, while an English-language version is available here:

Once made, the pockets can be sent to the zoo, which will send them on to the Animal Rescue Collective in Australia.

Read more: How you can help Australia's firefighters