'France let me keep baby UK wanted to take away' 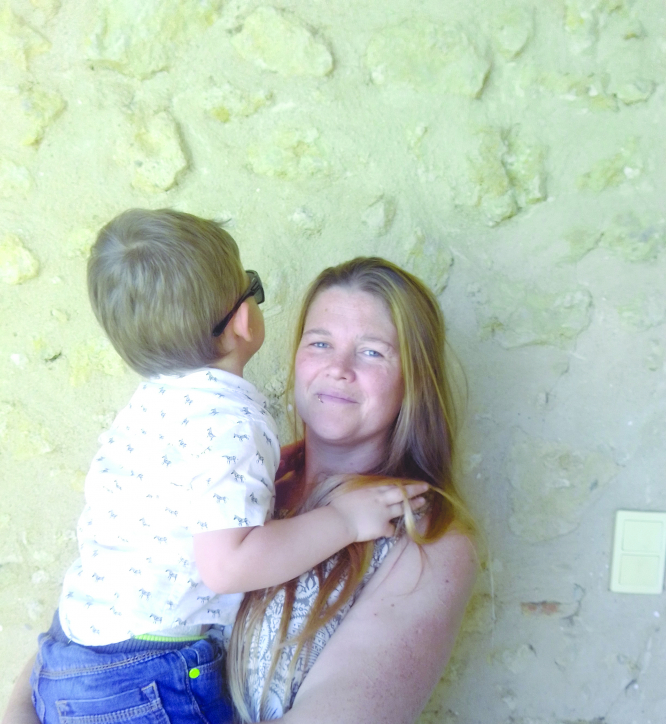 Sarah-Jane Poole with her son, who is now two years old
By Selma Daddi

A British woman has told how she was allowed to keep her son in France after she fled the UK to stop him being taken away at birth under the Children Act.

Former health worker Sarah-Jane Poole, 33, has been investigated by French social services and deemed to pose no risk to her son, now two.

This happens to several hundred British women every year.

A baby can be removed at birth under UK law and put into foster care or up for adoption, without parental consent, if the parents are deemed to be potentially dangerous to their child in the future.

It is a prediction and not based on proof. The decision is taken in a family court, with judges hearing reports from social workers.

The reasons are varied: for example, a previous violent relationship.

Other countries remove children only if abuse is happening.

Ms Poole and her partner became subject to UK checks because she had suffered depression as a teenager and takes antidepressants. Mr James Howard, 32, who ran a window cleaning business, had a criminal record for possession of cannabis and stealing a car in his teenage years and had also undergone therapy in a psychiatric hospital.

He committed suicide nine months after their son was born in France.

Ms Poole says it was the stress of the move and UK investigation. “He could not deal with the fact they took everything from us and we were powerless.
“In a matter of one day we went from having a house, friends, family, to nothing. We were in a country where we could not speak the language, we did not know where to go, we had no friends.

Campaigners want the law changed so children can only be removed if a crime is committed. They say suicide among such parents is not rare and often social workers cite it as a validation of their action. Ms Poole and her partner fled their home in Caldicot, south Wales, to France when she was eight months pregnant after learning their baby was at risk of being removed at birth.

After children are removed, they can be put up for “forced adoption” and, once they have been adopted or  fostered, cannot be returned.

Ms Poole’s mother, a former dental receptionist, has since moved to live with her daughter and grandson in Mirande, Gers.

Ms Poole is still traumatised by the way she and her partner were treated by Welsh social services.

It started, she said, when a friend of her partner, whom he met in the psychiatric hospital and who had mental issues, contacted social services about them.

The 50-year-old accused the pair of taking drugs and other offences and began threatening them on a daily basis.

Ms Poole said: “He sent us a text saying ‘I will make sure you never see that baby’ but social services did not take this into consideration.

“We had to go to horrendous meetings and they would say you need to do this and that... we did everything they asked.”

On the last meeting, social workers said they were allowed to take the baby after it was born.

“From day one, you could tell it was the decision they would come to. No matter what you said, they weren’t listening. The accusations against us were unfounded,” Ms Poole said.

After her son was born, Ms Poole had monthly monitoring from social workers here but this has now stopped as it was deemed unnecessary.

She said: “French social services were a dream compared to the UK.

“They really wanted to help me. They saved me.” She is now trying to build a life in France and is looking for work, and for help with learning French. She says that if she returns to the UK, her son could still be taken away from her.

“I feel safe here. But the worry is on being able to stay,” she said.

A spokesman for French social services said: “We can’t comment on an individual case but it is correct that the law in France and the UK is different. France puts the link between the mother and child at the centre.”

A Welsh social services worker, contacted by Connexion, said: “We cannot advise on this case and are not able to comment in general.”

A French documentary on the subject of forced adoptions ‘Les enfants volés d’Angleterre’ (The stolen children of England) was shown on French TV in 2016. You can see it by clicking here.