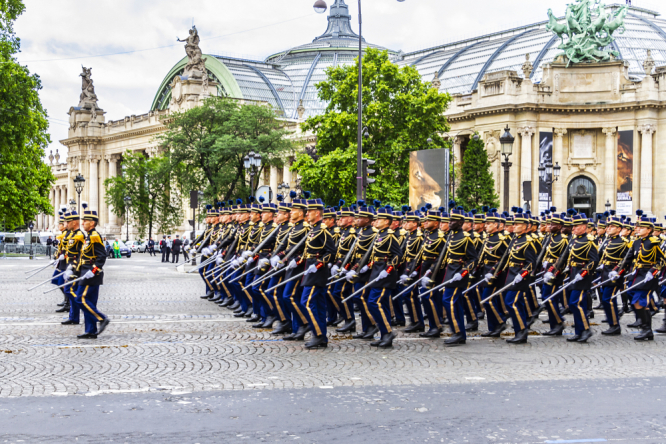 While events for La Fête Nationale were cancelled in 2020 due to Covid-19, this year the military parade along les Champs-Elysées in Paris welcomes spectators under certain conditions.

Elsewhere in France, some towns have organised Covid-safe celebrations while others have cancelled festivities altogether due to the recent rise in the number of cases of the Delta variant.

Read more: Military parade but no fireworks: How France is celebrating July 14

Even if you can't celebrate again in 2021, here are some interesting facts about this special day.

1. It's not actually called 'Bastille Day' in France

Although it is known as Bastille Day in English-speaking countries, in France it is formally known as La Fête Nationale, and commonly le quatorze juillet.

2. The first celebration was called the Fête de la Fédération

3. It commemorates the beginning of the French Revolution in 1789

On this day, more than 200 years ago, revolutionaries stormed the notorious Bastille prison, which had become a symbol of royal oppression in Paris.

4. The Bastille was originally a fortress

It was built around 1370 to defend Paris from the English in the 100 Years War. It later became a prison and housed many political prisoners.

5. La Fête Nationale could have been on August 4

August 4 was also considered as a possible date for the Fête Nationale, as it marked the end of the feudal system in France in 1789.

The date of the Fête Nationale was written into law on July 6, 1880, and the Interior Ministry recommended to prefects that the day should be "celebrated with all the brilliance that the local resources allow".

7. The July 14 military parade is the oldest in Europe

8. There were just a few prisoners in the Bastille when it was stormed

When it was stormed, the Bastille was found to house only seven prisoners - four forgers, two “lunatics” and one “deviant” aristocrat, the Comte de Solages. The notorious Marquis de Sade had been transferred out of the prison 10 days earlier.

9. Louis XVI only found out about it the next day

The king, Louis XVI, was not informed of the attack on the Bastille until the following day. He reportedly asked if it marked the start of a revolt - only to be told: “No sire, it is a revolution.”

10. The original stone foundations of the Bastille are now in central Paris

Much of the Bastille was destroyed by November 1789. Today, only a few stone foundations remain - and they have been relocated to the side of the Boulevard Henri IV in Paris.

11. The original key to the Bastille is in America

Unlike the prison, the key to the Bastille still exists. It can be found in George Washington's residence of Mount Vernon. It was sent to him by the Marquis de la Fayette in 1790 - who had been a key player in the American War of Independence.

Liege, in Belgium, has also marked Bastille Day since the end of the First World War. The city was awarded the Legion d’Honneur in honour of its resistance against advancing German forces in the Battle of Liege at the start of the conflict.

13. As does Sacramento in California

Sacramento, California, meanwhile, marks the day with a street festival featuring "waiter races" in the midtown restaurant and shopping district.

14. A million people once attended a Bastille Day concert in Paris

In 1979, one million people attended Jean-Michel Jarre’s Bastille Day concert at Place de la Concorde. At the time it was a world-record crowd for a concert.